Joshua Eagle-Staton a.k.a Xeo|Nigtmare born August 12th 1988. Raised in Bed-Stuy Brooklyn. Growing up in Bed-Stuy gave me somewhat of a leg up in they my style of dance. I feel like all the experiences that I have encountered good and especially bad have made up for a molding of character that is something majestic. Not only do I express the inner hardships through dance I also release that tension into the atmosphere and shift it into energy so that those who watch me may gather that same light and understand that they can have that same light. My name Nightmare has personal meaning to me and also characteristic. My favorite movie being “The Nightmare Before Christmas”(Tim Burton 1993) I used some of the imagery from the movie to help create more depth to my dance. Krump dance has allowed me to tap into extra spirit energy and harness that with each movement. For me Krumping is no ordinary dance. It is not just swinging of arms and stomping or jumping around. Each movement has its own energy and a story behind it. I am self-taught. Started with mainly popping. I am still a student of that aspect and I love to incorporate the core learning’s of it into my style. When I discovered Krump in about 2004 I was just instantly moved by it and I knew that it would be something more. To me dance is more than just music and movement there is conversation that exists in dance.

A whole unspoken language and dialogue is being exchanged between the music and movement. Dance has let me experience many things. From modeling for reebok classics, background roles in major motion pictures and television and several music video appearances. Also meeting some prominent members in Hop-Hop culture such as Cool Herc and Pop master fable. It has also opened doors to other ventures such as music going by the alias “Wxlfman” and founding my own clothing company FalseClaimCo. Dance can be an outlet and it can bring all your ideals to your doorstep depending on how much energy, passion and commitment into it. I am currently still working in my own way and traveling via dance to teach overseas.
Compete to the beat was another plateau to not only win a tournament of skill and passion but to showcase my style of dance to eyes that may have not seen the style displayed before them.

Street Dance In 5 Years: In 5 years I would love to see the grand acceptance of street style dance again. I feel like the industry is confining dance to mirrors and moves. I am one for advancement through teaching. I am also more supportive of advancement through finding ones self through self-empowerment. The street is where the culture was cultivated. So we must do our part to bring this culture and art form back to the masses. No longer trying to hide in studios and behind mirrors, behind artists and lights. We can bring back our self worth by taking it back to its root.

Anthony Greene[2012] Get Yours While You Can –Dancer

Mighty[2011] Turn it up -Principle Dancer 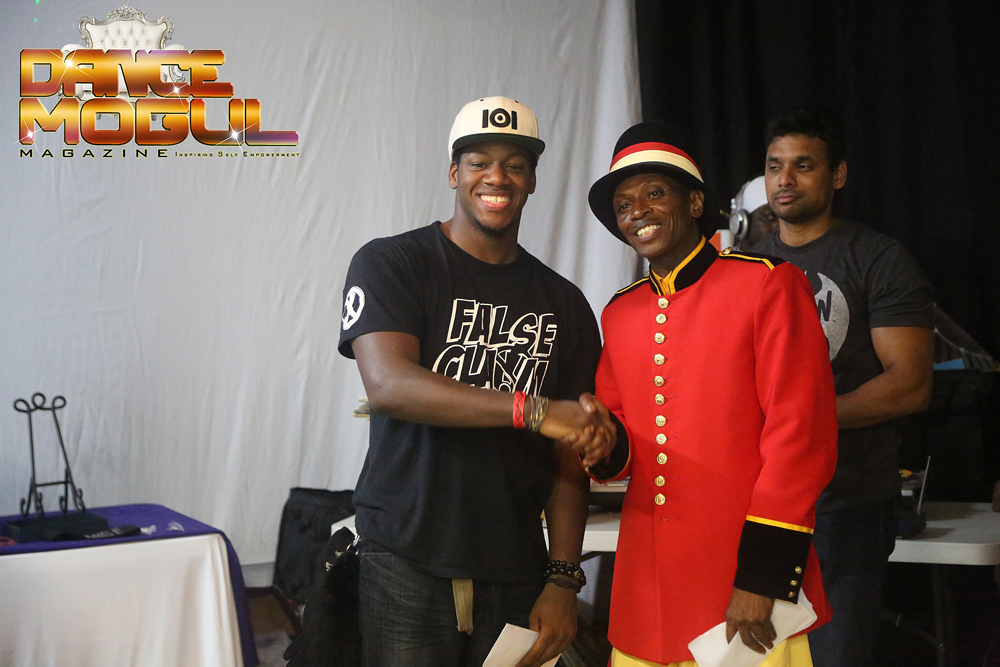