I saw the movie 12 Years a Slave (a birthday event with my 25-year old daughter). I had to walk out of the theatre to literally catch my breath. If you have seen it, you may well understand why I needed that departure. The night prior to seeing the movie, while organizing my files, I came across some of my family history: part of it included details of my great grandmother, who lived the latter portion of her life with a bullet in her back. Why? She was shot while running away from a North Carolina plantation where she was a slave. So, clearly, my day at the movies was doubly jarring. To decompress from the trauma of that movie, my daughter suggested we relax in a nearby bookstore—a favorite pastime of mine. Looking at me intently, my daughter saw the deep impact of this film; she’d seen me handle many challenging situations as a single mom—but today, she saw something different.

I saw her concern as she tried to read my face. We talked and shared our thoughts, with questions and answers. For me, there were paradoxes, yet so many clear answers in this movie. Among them is the answer to why self-hate is so predominant amongst Blacks in our nation; for instance: Why we see the need to identify and accept as “good and right” those things that are associated with our white society, while rejecting, debasing, running away from and essentially denying our own beautiful selves. Why so many folks in America still cannot feel comfortable with the intelligence and leadership of a Black man, namely our President. How could they when they still see him/us as slaves? What slave can rule its master, after all! (“Hell to the naw!” must be the cry of their soul…) And so it is. There’s a monster in our midst, a cause and effect of post-traumatic slave syndrome that is interwoven in all aspects of American life. Seeds sewn in appropriate soil and nurtured accordingly, sprout up.

The seeds sown in American slavery had to bloom. Didn’t the “smart” master know it would be so? Whether the Willie Lynch Letter is reality or not, the psychology and theory behind what it says is very real. We, who are Black slave descendants in America, have been taught to perpetually hate ourselves and everything about us. From the way we think, interact with each other, do business, talk, and look. Even to the way we dance. Yet, all over the world, others are doing “the dance” we created (the rhythmic dance that is us,); not just doing and applauding it, but some claiming it as theirs. While we look on.

More to the point: We see performers in all visual mediums doing lots of dancing, mainly the styles created and popularized on the historic 1970s Soul Train television show. One style in particular is everywhere. They call it “locking.” The name now shortened, losing its specificity to the generic; erasing the origination, in fact. Erasing the original is nothing new. In fact, that’s a common occurrence, sometimes done out of ignorance, but often with deliberate intent as a power move.

Example of a power move: In the television mini-series, Roots, the lead character was named Kunta Kinte. The master wanted to exert power and dominance by obliterating that slave’s name and identity by changing his name to “Toby”. Kunta Kinte, the young slave, refused to relinquish his identity—his name (for within his name was not only his character but his roots and his very soul). Kunta would not give up his name/identity without strong resistance. This resistance was the most powerful and dramatic scene in the movie, as the slavemaster’s whip to Kunta’s back would be the tool used to display power and denigration. What the master was unable to accomplish in changing Kunta’s mindset was only outwardly accomplished with a whip.

I use this as an example as I consider how little resistance so many of us exert not only when it comes to our very life, but also when it comes to matters of importance in our culture. When it comes to creative dance, particularly certain styles—which is us—in fact our identity in so many ways, we relinquish it too easily and show little appreciation for its value. The reasons are many, but for Blacks in America, I’m convinced that devaluing our gifts hinges on some facets of post-traumatic slave syndrome.

We’ve given up so much to the “whip,” mainly out of sheer exhaustion from painful fighting. But too often we give up so much for the sake of false promises and, of course, the dollar bill. For this, even our name—our identity. Masters with tricky words know how to divide us as people, and are just as efficient in instilling division within our own minds. And by influence of stealthy methods, too many of us continue to easily and ignorantly relinquish what is so valuable.

Again, back to the dance. “Locking” is really the creation of a talented man named Don Campbell. “The Campbellock” was what he called it, until somehow the name was changed by someone. To erase Don Campbell’s name from that dance, would erase the true identity—just like Kunta Kinte’s master attempted to do by changing his name to “Toby”. When no one who knows the truth speaks out for the truth, history in all areas is passed on as a perpetual lie. History then becomes unreliable; and in reality becomes “the story” of whoever tells the story and in whatever way he or she chooses.

From the most remote parts of the world, to Israel, to Japan and Korea, on television dance shows, in cartoons, in movies, dancers are so-called “Locking.” Multi-millions of dollars are being made. Folks are having contests, judging dancers, and some are even calling themselves creators of this dance style, when in fact, it was DON CAMPBELL, a simple, yet extraordinarily talented guy who initially danced his way into the hearts of millions on Soul Train. If for no other reason than keeping the record straight—remember this: how can anyone attempt to take away something or dismiss the truth and think the truth crushed to earth won’t rise. No one, whether by pure misinformation or with forked tongues, can continue to pretend that they created what they did not, nor can others be ultimately successful at deliberately trying to dim another’s light, while promoting theirs. But here and now, DON, I give you back what’s yours—your history; your identity…THE CAMPBELLOCK. DON CAMPBELL, take your rightful place of honor. 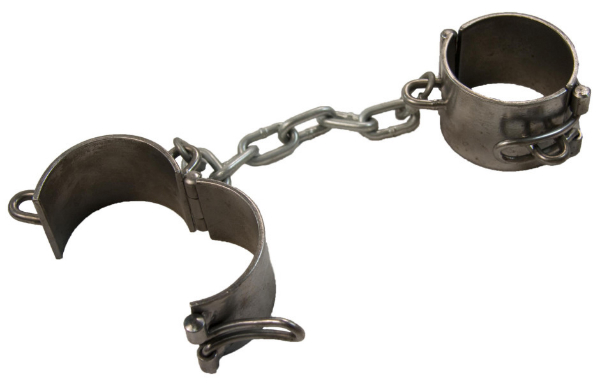 Chuck Maldonado "Living the Dream" BY Any Means Necessary