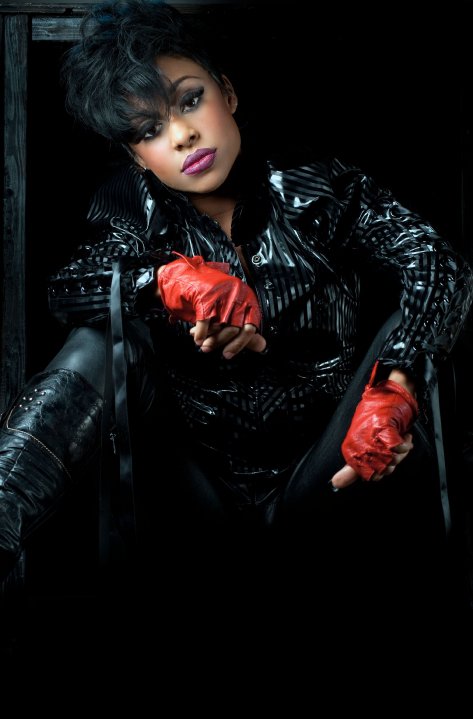 Dance Mogul: What inspired you to start dancing?
Adrienne Mari’ya: My inspiration to, not only start dancing but to entertain in general, came from my musical and talented family. My mother, Brandy and aunt Bambi, who were poppers and lockers, created a dance troupe in the 70s called The Camelot Dancers and later my mother, her brother and sisters had a band in the 80s called the Honey B’s, that toured the world. As a young child, I was fascinated with performing and the immediate crowd response and knew that was what I was destined to do. As a young adult, much of my inspiration, not only came from my family but also legends such as Michael Jackson, Janet Jackson and Prince.

Dance Mogul: Who are some of the people you learned from?
Adrienne Mari’ya: I learned from many people throughout my career, starting with my family, especially my mother Brandy and aunt Bambi. I studied Michael and Janet Jackson and Prince for performance technique and I, also, took different genres of dance at various studios i.e. Tremaine Dance Academy, The Edge, Debbie Reynolds and Moro Landis, now Millennium Dance Complex.

Dance Mogul: When did you know that you could make a career out of dance?
Adrienne Mari’ya: I knew that I could make entertainment & dance my career when I 1st set foot on a concert stage at the Universal Amphitheater (Now Gibson Amphitheater) at age 8, to dance in front of thousands when I was called on stage by Pebbles, who my mother and aunt sang and played percussion and bass for.

Dance Mogul: How did you get signed to an agency?
Adrienne Mari’ya: I had a commercial/theatrical agent very early on in my childhood but I was signed to Bloc dance agency after booking a gig with a Korean artist, on my own, that was later choreographed/directed by the legendary Fatima Robinson (credits include: Michael Jackson, Aaliyah and Black Eyed Peas.) Fatima referred me to Bloc, I was signed instantly and booked on a Korean tour shortly after.

Dance Mogul: What where some of the opportunities and accomplishments dance has brought to you?
Adrienne Mari’ya:  Dance has afforded me the opportunity to travel worldwide, experience new cultures and has a great appreciation and a better understanding of people globally. It has, also, allowed me to reach and inspire people through the talents that I’ve been blessed with and I’ve been able to mentor youth and give back to the community through the arts. 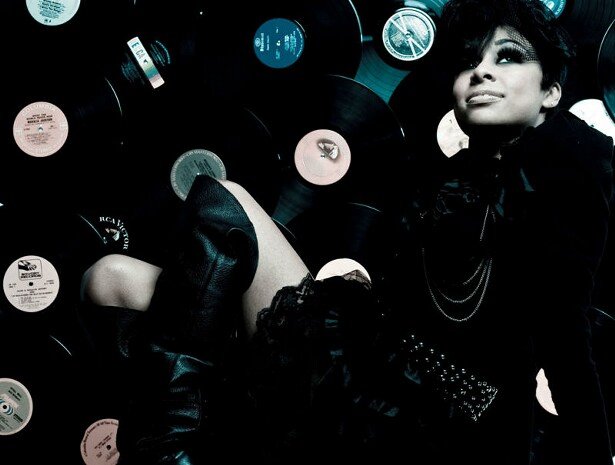 Dance Mogul: What made you want to pursue higher education even though you had a successful dance career?
Adrienne Mari’ya: Pursuing higher education was of the utmost importance to me as a woman, a mother, an African American, a role model and a person that continuously strives for excellence. Having a successful career in the industry, never substituted for the knowledge I gained from continuing school. In fact, the knowledge I gained from seeking higher education contributed greatly to the business aspect of the entertainment industry. I obtained a degree in Public Relations and applied much of those acquired skills in starting my own company Entertainment Vision Group.  My mother taught me, very early on, that the industry is 90% business & politics and 10% talent. With that wisdom, I knew that being business savvy would get me further in my career than just merely relying on physical ability to perform.

Dance Mogul: In what ways are you giving back to your community?
Adrienne Mari’ya: I truly believe and was raised with the mentality that “we are blessed to be a blessing to others.” Michael Jackson, who I, not only looked up to as an artistic genius but, also, as a great person who understood and never hesitated to convey and display love and that his art was not “about him” but about giving back to the world something that he was blessed with. I was a teen mother and a survivor of domestic violence so it’s important for me to convey that our talents and our stories are vessels to be able to reach volumes of people. They are not meant for the purpose of selfish gain, but instead to change lives no matter what the capacity.  I use my gifts to teach and mentor youth. With excessive budget cuts to the arts in schools and after-school programs, I developed a youth dance group called Urban Xtreme in 2008 which has afforded many kids, throughout the years, mentorship, valuable work ethic, and performance opportunities. Urban Xtreme went from, just being me, volunteering and choreographing 4 kids, including my 2 daughters, and, solely, investing time, resources, talent and money into the group to, now, being nearly 20 kids at any given time in my Team Xtreme dance group and an insurmountable amount of parental help. Under my direction and choreography, recently five of my girls (Alisson, Ryan, Regan, Kori, and Star) have gone on to grace the stage on Disney Channel’s “Make Your Mark: Shake It Up.” Something that began as me seeing and meeting a need, turned into a blessing that I could have only dreamt of. My continuous prayer is to have a multi-faceted facility to provide people of all ages a place to hone their craft and develop skills not, necessarily, taught at a mere dance studio, but will greatly impact their careers and lives. 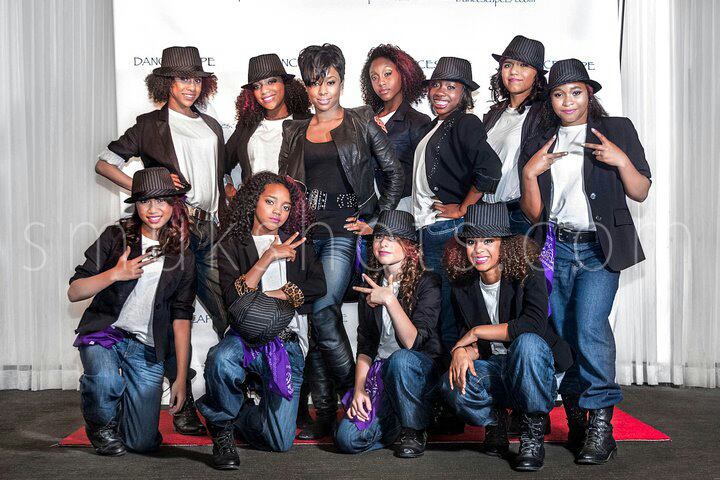 Dance Mogul: Do you feel that arts are essential to the youth’s development?
Adrienne Mari’ya: The arts are imperative to youth development, whether a child chooses it as a profession or not. Research has even shown that having a creative outlet of some kind can deter children from the negative temptations and pressures in the world, not to mention it helps with social and motor skills and educational development. There are enough inappropriate distractions overly accessible to children and teens these days, so it is our social responsibility to invest in our youth who are our future and reinforce positivity.

Dance Mogul: How do you feel about Dance Mogul Magazine promoting your story, for so long dancers always played the background role, how does it feel to be on the front line for something you believe in?
Adrienne Mari’ya: I love that Dance Mogul Magazine promotes the arts, focuses on community and youth involvement and provides a much needed positive outlet for individuals interested in dance. I am ecstatic to be apart of a revolutionary project to promote greatness and positivity. Many people don’t understand the dues that were paid by so many that preceded them and the literal, blood, sweat and tears behind many people’s journeys. It is important for aspiring dancers and artists to know and respect that work ethic and story to assist them in becoming well-rounded, humble and amazing artists and individuals.

Dance Mogul: Is there anyone you want to thank that has helped you on your journey?
Adrienne Mari’ya: My thanks and praises for my journey and being brought to and through so much belongs, first and foremost, to God. I thank my family for paving the way and instilling wisdom, humility, and discipline. I thank my aunt Natisse aka Bambi, who passed away recently, for being my spiritual guide, my emotional stability, my confidant and the greatest supporter in my life. No one words can match all that she did for me! I thank my best friend of nearly 2 decades, Brandy, who has always supported my journey. And last but certainly not least, my greatest motivation for EVERYTHING I do, I thank my daughters, Ryan and Regan, who continuously challenge me and make a better mother and a better woman every day. I would not be who I am if it wasn’t for an amazing support team! There’s not a day that goes by that I am not grateful and thankful for all I’ve encountered and every lesson learned.