Dance Mogul: Where would you like to see Street Dancing in 5 years?
Alan Watson: I’d like to see it better organized in the US. As the originators of the
dance, the US needs to band together to push the dance forward. Often
we’re caught up in discussion and argument while other countries keep
their heads down and simply train. They cultivate better dance scenes and
make better events. I’d love to see the new generation of dancers step up
to change this in the US.

Winning CTTB was a huge milestone for me.  Going up in front of some of the top lockers in front of Don Campell was unforgettable.  It helped validate the hard work I have put into Locking and pushes me to keep going despite any injuries I’ve accumulated.
-Alan Watson

Born and raised in St. Paul, Minnesota, Alan has been dancing since he was 13 when he started popping, waving and gliding. His aspirations and academic aptitude brought him to New York City at the age of 18.  During his early years as an undergrad at NYU, he flourished in dance, taking leadership roles in Dancer’s Choreographer’s Alliance, IFA Dance Team, and Co-founded E.P.I.C. Motion Dance Company.  As one of the captains and choreographers of E.P.I.C., Alan, along with his fellow captains, helped the group consistently place in dance competitions around the Tri-State Area.  Although Alan no longer dances with the group, they continue their tradition of excellence and creative artistry today.

Always a gifted freestyle dancer, Alan continued to study hip hop, popping, breaking his carefree personality and his love of funk music ultimately brought him to locking. Learning under Shock-a-lock, New York’s first locker, Alan set his sights on locking competitions across the nation as a member of Part-Time Models Crew and “What the Funk!?” Crew.  Most recently, Alan took home the 1 on 1 Locking title at “Compete to the Beat” judged by the creator of locking, Don Campell, and made it to the Finals of Juste Debout USA’s 2014 Locking competition.

Commercially, Alan has performed live with Vanilla Ice on the Today Show and recording artist Matt Palmer.  He appeared on Matt Palmer’s music video “I Wish,” as well as Jen Kwok’s comedic Music Video “Date an Asian,” both garnering over 250,000 views online.  Additionally, Alan’s abilities have allowed him to work with Superfly Productions, JetBlue, MTV’s Party for the People, and POON Productions, just to name a few. Alan has taught Hip Hop at NYU Athletics, New York Public Schools, Legacy Dance (Minnesota), and in his 8th year as a Faculty Member at PMT Dance Studio teaching a wide variety of classes.

He is a member of PMT Dance Company and has performed in various venues with the company, including the CNE in Toronto, Canada, the International Dance Festival in New York City, and a principle dancer/choreographer for the company’s own show “Struck,” which will be premiering in 2014.

Alan completed his Masters’ Degree in Performing Arts Administration from NYU Steinhardt in 2013 and is currently an Administrator at NYU Tisch School of the Arts.  Alan hopes to continue his double-life in dance and higher education arts administration. 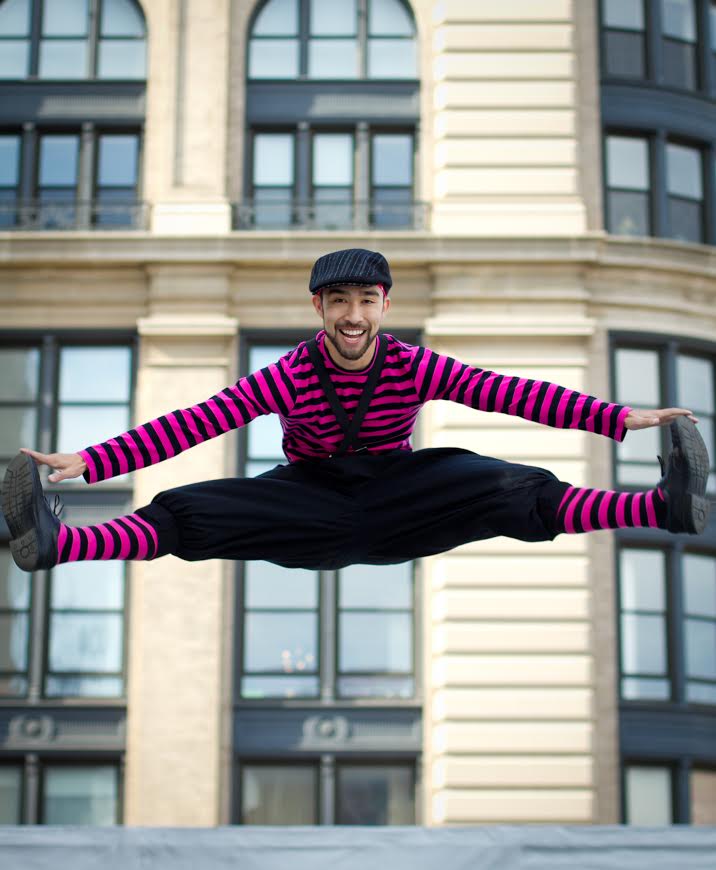 All photos by Samantha Siegel