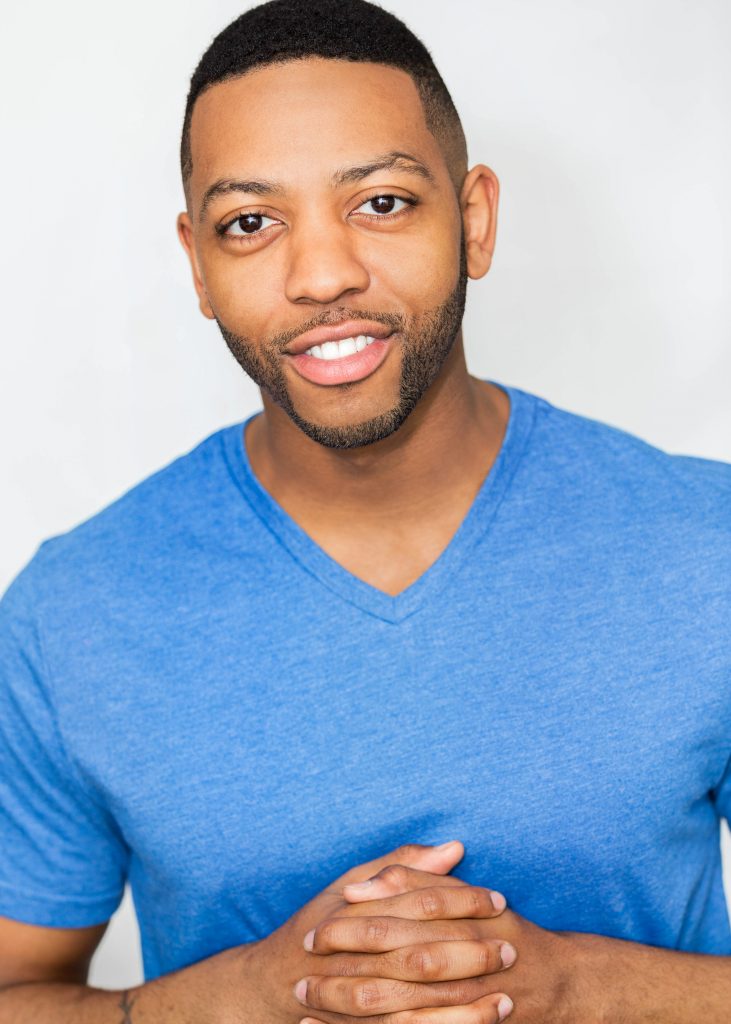 Dance Mogul: What inspired you to start dancing?
Allan: Michael Jackson was my first inspiration. I can remember when I was about 5 or 6 my mother would put on MJ’s music and my dad would play the Thriller VHS and I would just jump and jiggle around. She also put me in Hip-Hop and Gymnastics classes at my aunt’s studio “Kim’s Danceland”.

Dance Mogul: How did you develop a work ethic to train?
Allan: When I was younger both of my parents worked very hard to provide for me and my younger sibling, so by the time I had decided to take on a career in dance (which was in college) I already knew I was going to need to work very hard to make it happen. Both parents would put in extra hours at their Jobs sometimes which set a huge example for me. They taught me that nothing you truly want comes without hard work and dedication and they worked extremely hard to make sure they could get me and my brother whatever we wanted and needed. My whole family on both of my parent’s sides are very hard workers. I also had many obstacles to overcome by the time I truly knew I wanted to dance as a career. I had quit all formal dance training at 13. I learned to freestyle watching music videos and dancing with friends. I only picked it back up seriously when the movie “You Got Served” had released while I was in High School. I wasn’t the most trained dancer, but I understood to be taken seriously I was going to need to take myself seriously. So after I graduated high school and moved to Atlanta, GA to attend college at Clark Atlanta University, and realized that my area of studies did not compliment my true passion, I immediately started taking as much dance classes as I could on top of my studies. It Wasn’t easy by any means, but I wanted it so bad I couldn’t stop. I would take 2 or 3 courses a day at Clark and then take 2-hour bus and train rides to the studio to train for a couple of hours, come back to campus do homework and then practice what I learned in class every night. What shaped me further was a summer in Washington. I was homeless and living with my girlfriends family right after doing the biggest job of my career and needed to change my mindset on training knowing that the goal was to get to Los Angeles. I had the connections I needed but not the body. From there, every day was a training exercise. I looked at the lives of Michael Jordan, Michael Jackson, Bill Gates, Muhammad Ali, Steve Jobs, Allen Iverson. I Started listening to motivational speakers like Dr. Eric Thomas. I wanted to be the best dancer I could be so I had to look at some of the greatest minds and athletes and see what made them dig deeper in themselves to be great. 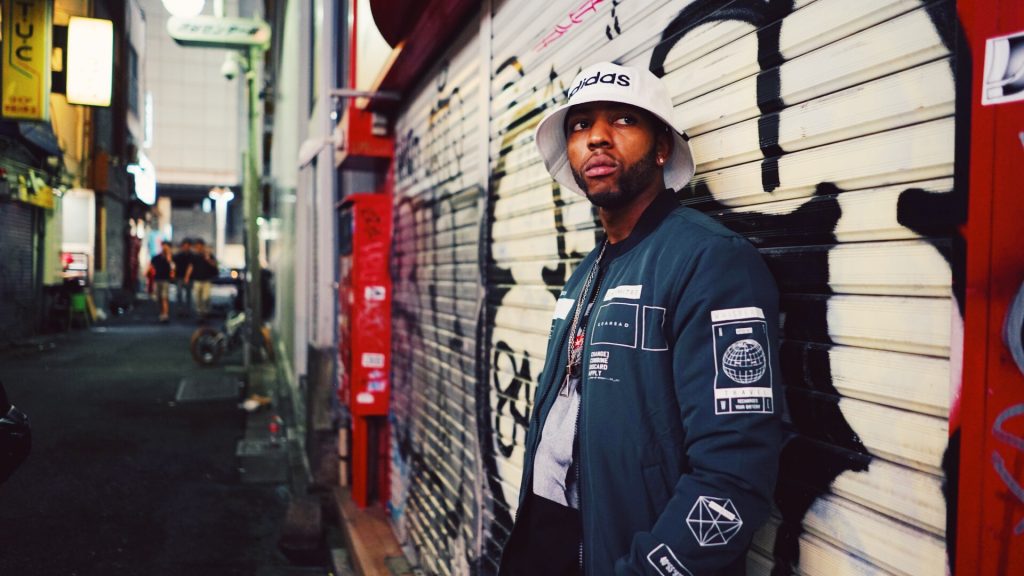 Dance Mogul:  When was your big break?
Allan: I had a series of “big breaks”. The entertainment industry was so new to me when I started taking professional classes. I hadn’t imagined myself dancing till I was 18. And my first few Major jobs were very far apart in time. I guess my very first big break was when I landed a promo tour with Lloyd in the summer of 2008. I had been training under a dancer and choreographer name Stephen Jones who recently was the lead “Villain” in “Step Up All In” for a few years and he had asked me to come and vibe with him and a few other guys in rehearsal. We recorded a version of  “Street Love” where me and another dancer joined the second original dancers and upon seeing it that day Lloyd decided to add us on to the show. I learned so much about performance that summer during promo shows, which helped shape much of the rest of my career and led to my next few big breaks on “Randy Jackson Presents: America’s Best Dance Crew “(Season 5) and Step Up Revolution(2012)

Dance Mogul:  What have been some of your memorable moments on stage?
Allan: The first time I performed for my mother and a packed Arena was pretty epic! We were in Hartford, CT, extremely close to home(Springfield, MA) so I had my mom come out to see the show and she loved every minute of it! She hadn’t seen me dance on stage in years, and like any proud mother, she had tears of joy running down her face when I came to see her after the show! On top of that, having your ears pop on stage because there are twenty thousand people screaming isn’t too bad either. To connect to an audience that big was so nerve racking but so exhilarating! After the first few steps, I felt like it was where I belonged.

– The first episode I recorded with my dance crew on “Randy Jackson Presents: America’s Best Dance Crew” was a dream come true. We had auditioned all 5 seasons and finally made it to the regionals. We came out of that as one of the top crews for the actual competition. The energy on the stage was bigger than anything I had felt before. My heart was pounding almost out of my chest before we started that performance and it went by so quickly. To hear all of these people and the judges cheering so loud for a little southern crew was more than fulfilling. All the hard work paid off.

– The very first time I was popped out of a “toaster” performing with Ariana Grande on the Honeymoon tour in 2015 was probably one of the craziest days of my life. I had dreamed of getting a world tour and it finally came true, and when they asked who wanted to be toasted in rehearsals I was the first to step up. All I could think about was watching Michael Jacksons History tour and seeing The dancers pop up from the floor, fly in the air, landing epically, waiting for their next cue. Giving so much presence and life to just standing still. I had wanted to do that my whole life and what better way to start the show! I said a prayer every time I stepped into the box under the stage, looking at myself in the plexiglass right before my cue, and then flew up, it was like R. Kelly’s “I believe I can Fly” was playing in my head until I landed to the loud bangs of pyro from the stage and the chanting of “Bang Bang” by Ariana’s fans! Another dream come true. I would continue doing that all across the world! 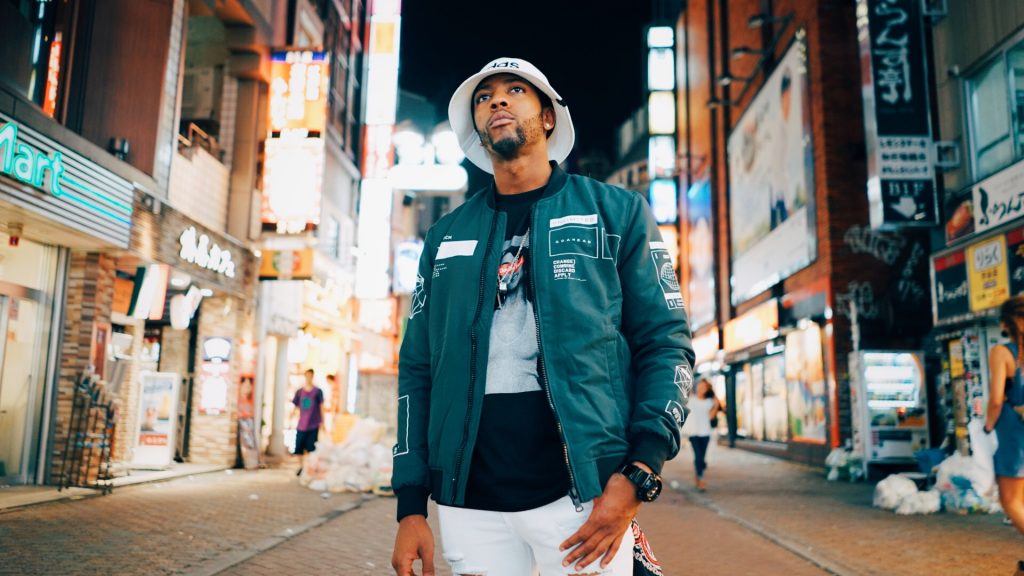 Dance Mogul: Based on your experience now what would you tell your younger self?
Allan: I would tell myself to never be afraid of what someone else has to say about you. Be an individual! Be confident in who you want to be! Growing up I was always so worried about pleasing others. Dance was the first thing I did for me and me only, but I let what I thought the opinion of my peers would stifle my training for fear of rejection. Boys played sports and girls did ballet back then, you did anything else you were teased at my school.  I didn’t want to be teased because I was at dance practice instead of basketball practice. My Senior year of high school I finally reinvented myself and realized I wasn’t any less of a man for dancing and singing, I actually attracted more friends when I performed than anything else I had done. I stopped catering to everyone else and started developing who I wanted to be.

Dance Mogul: How was it performing on this year’s BET Awards?
Allan: This was my first time performing at the BET Awards and I have to say I loved every moment of it! Rehearsal went smoothly so we were all very confident on stage, and the energy I got watching Beyonce, Kendrick Lamar, and all the dancers were unreal! It was hard not to laugh at all the jokes from Anthony Anderson and Tracee Elise Ross. They both are hilarious and a pleasure to have worked with! 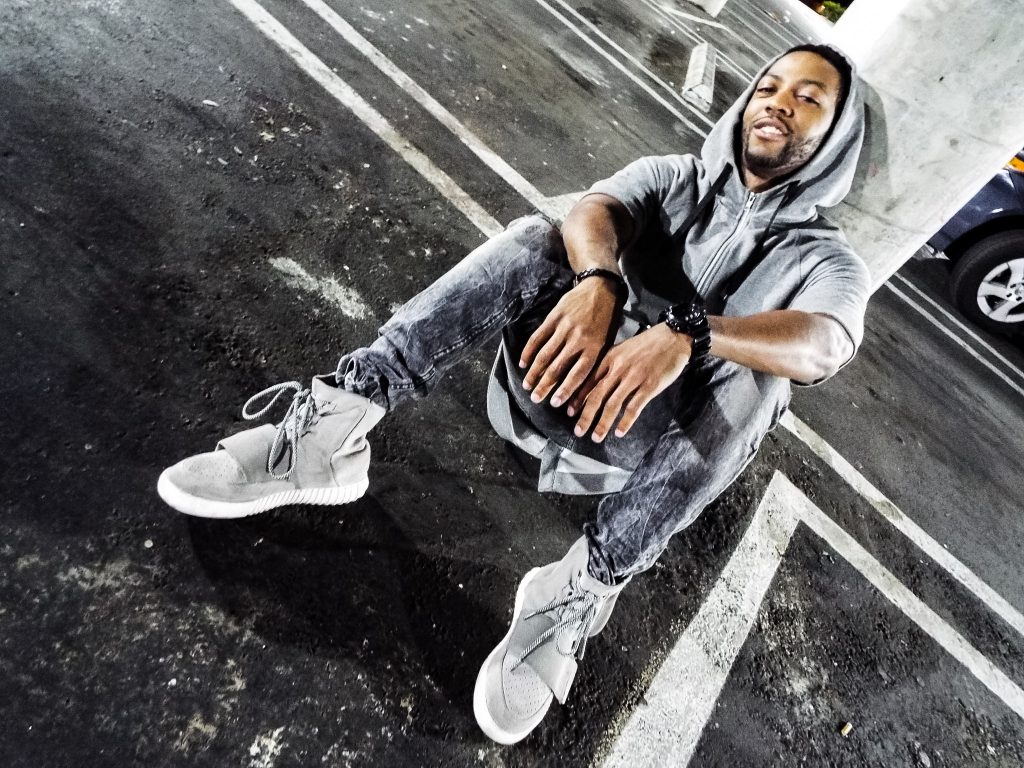 Dance Mogul: What advice do you have for the younger generation of dancers?
Allan: Be as versatile as you can! We all have our own favorite style but learning new styles and genres help you expand your dance vocabulary. Get comfortable with what makes you uncomfortable. I needed ballet and Jazz classes sometimes for structure and core training. Classes in both helped reshape my performances in my career from just freestyle and hip-hop to more theatrical performances like what you saw on the BET Awards. Dancers are actors too. When performing remember you are a character. You’re embodying the music with movement so give life to it.  Lastly, remember to have fun!

Dance Mogul: Is there anyone you would like to thank?
Allan: I thank God first and for most for blessing me with this talent and the drive to pursue it and giving me purpose. I’d like to thank My Auntie Kim Norrington for laying the foundation for my passion for dance to grow when I was younger. My parents Andrea Goodman and Allan Skeene for believing in me even when it seemed like I was throwing my life away pursuing a career that was so left field from what I had been doing my whole life. I thank god for Quincy Willis, Stephen Jones, and Gordie Holt for beating me into performing shape those years ago and giving me my first big break! Chuck Maldonado, I thank you for the wisdom you gave me when I first moved to Los Angeles and helping me get set up with my agency! I want to thank all of the Choreographers who believed in me and my talent (Jamal Sims, Dondraico Johnson, Todd Sams, Chris Scott, Luam Keflezgy, Jamaica Craft, Brian and Scott Nicholson, Aakomon Jones, Nappy Tabs, Will “Dabeast” Adams, Misha Gabriel, Flii Stylez, Kenny Warmold, Fatima Robinson, Roland “Roro” Tabor, Rosero McCoy) and everyone I’ve been blessed to be on stage with over the past 9 years. All of you have been a huge blessing and inspiration in my life. 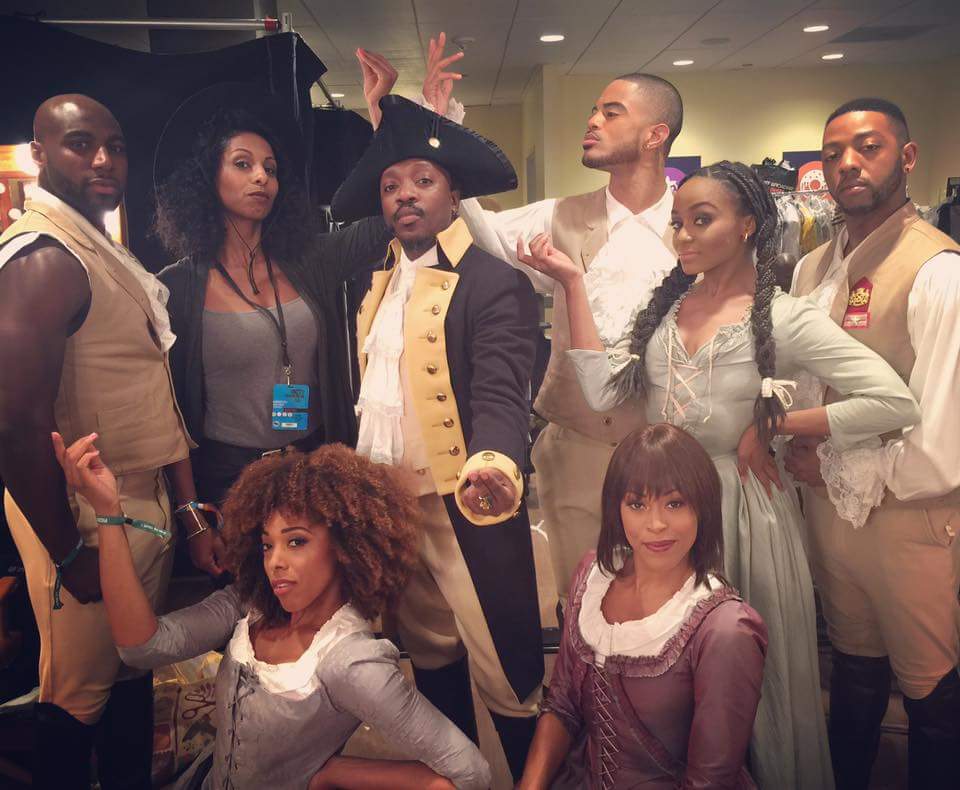 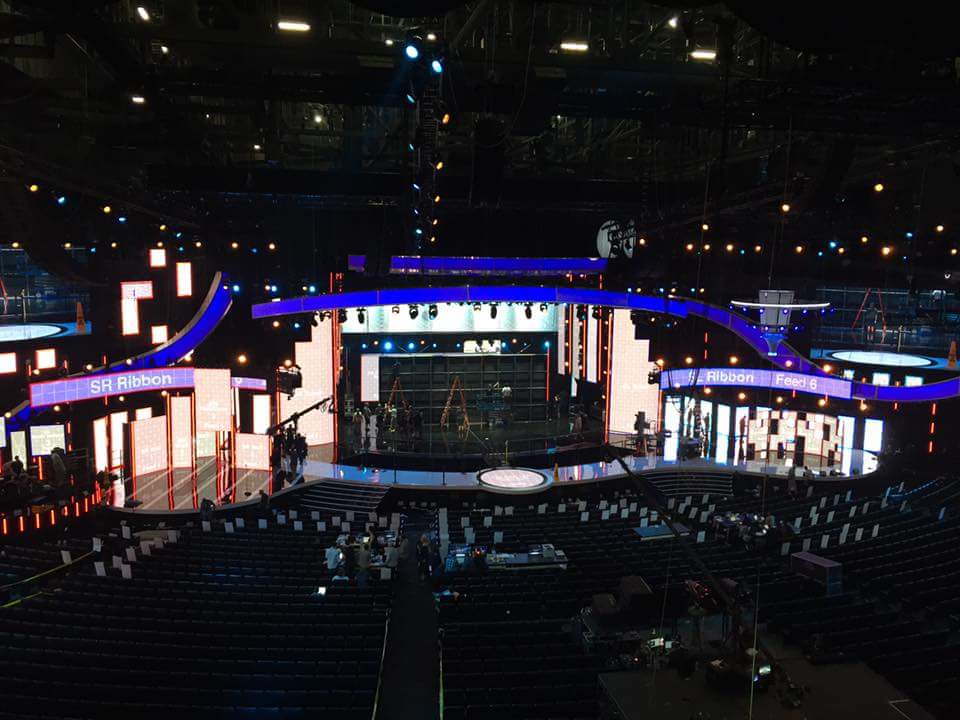 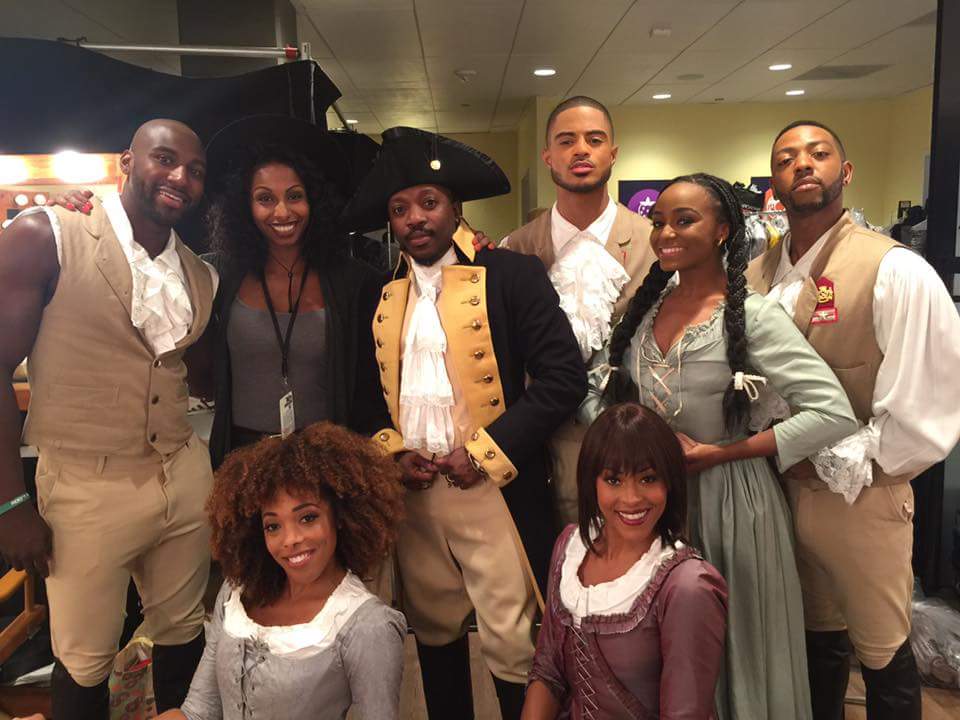 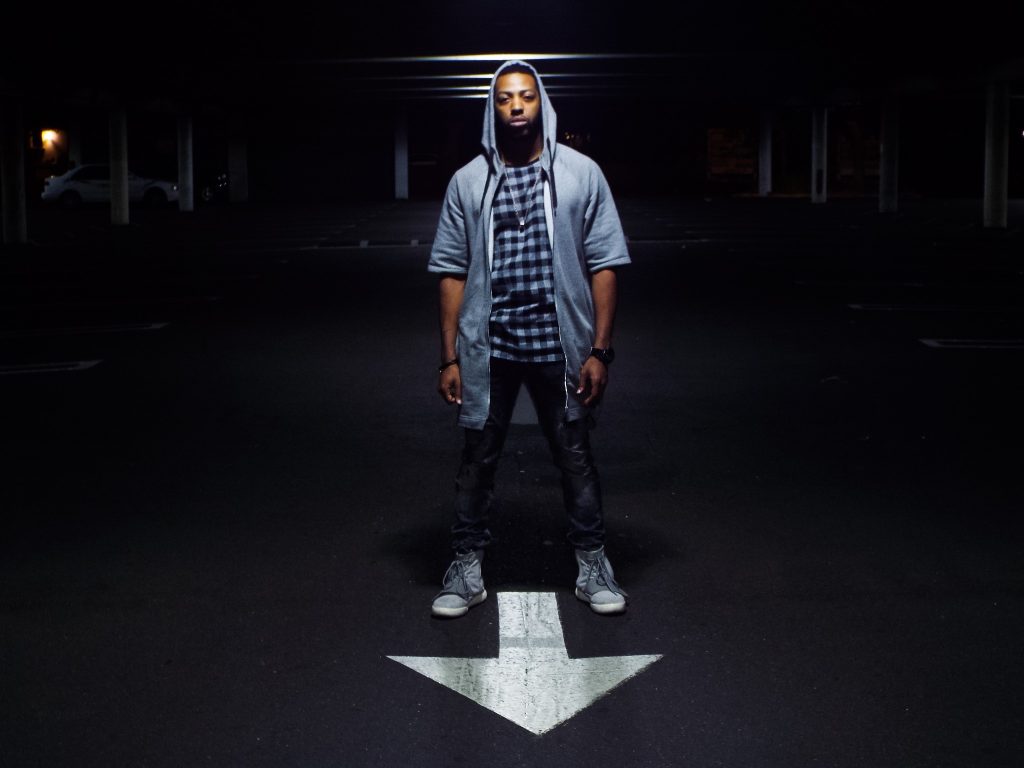