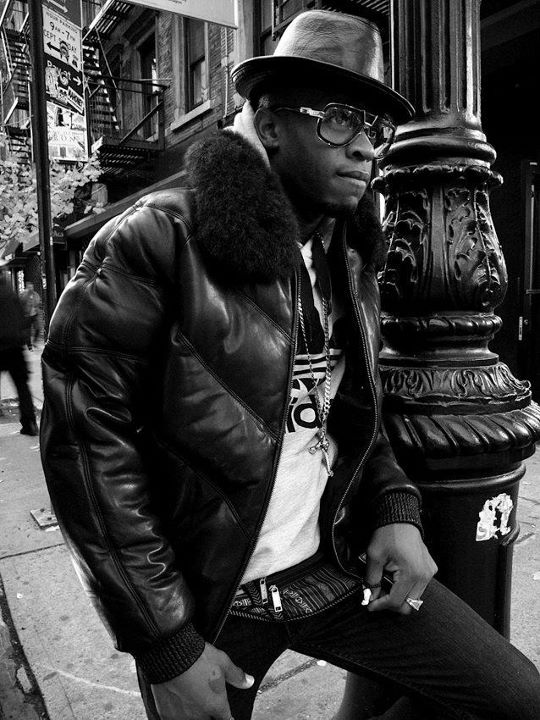 A native of Kingston Jamaica, Dameion Williams was born is 1981. At age 4 he moved with his mother to America and showed an emerging passion for Dance and Martial Arts.
Coming from a family who didn’t support the arts, he taught himself by finding inspiration in cartoons,animals, and sounds of the streets. By age 14 Dameion was already recognized as the 1st ever “Dance Hall King” out of Brooklyn and was referred to as Buss-Out. In an effort to push the bar and advance his craft, he started to study various genres of dance such as Modern, Ballet,Jazz and breaking. Learning these styles would later position him in a class of him own. 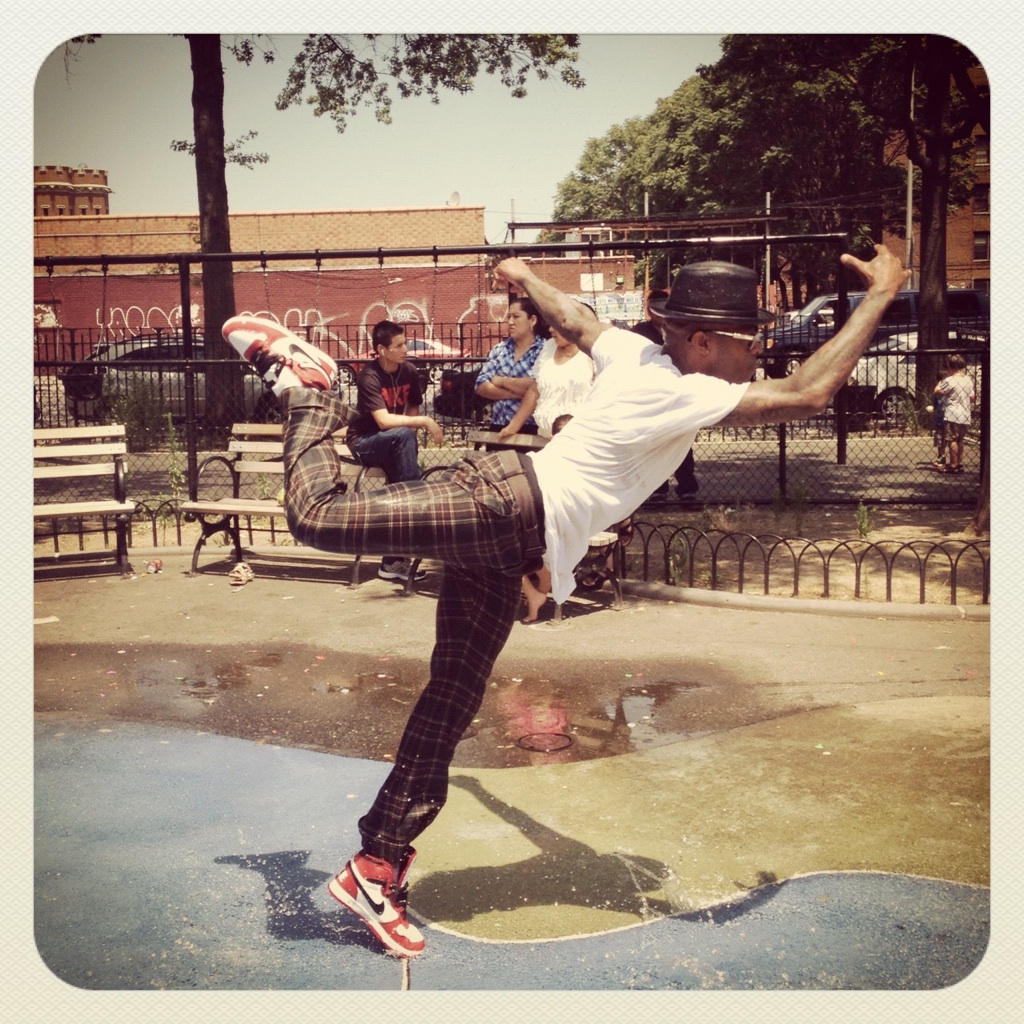 By age 15 he founded a short lived company call The Unlimited Dance Company, where he taught his fusion dance style “now known as Flexing” There were two locations the 1st was Public School 269 and the 2nd was The Flatbush Y.M.C.A. PS 269 was the most popular location where many dancers in who are considered as O.G.S in the Flexing world came to learn and or watch. Dameion later went on to attend F.H Laguardia H.S, where he met the talented Anthony Ant Boogie Rue and Adrian A Dubs Wiltshire. The three young men with a number of others bonded together and formed the 1st generation of The Amount Boyz. 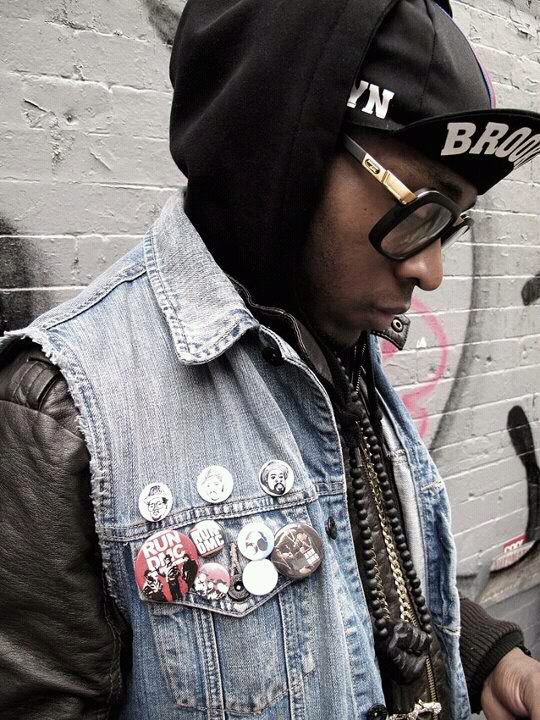 Later he was given the chance to work with such artists such as Diddy, Missy Elliot and etc however something was missing, he wanted to connect more with people especially children and so he changed his stage name to Rhythm Child a.k.a Mr. Play, stepping out of the spotlight and into a different setting. Today Dameion Rhythm Child Williams is currently working on his Dance Album titled Many Styles/Deep Feelings, which is a story of his life and true events, teaches 7days a week to the youths of Brooklyn and NY NY. He’s also an Artistic Director, holds a 5th Degree Black Belt and a B.S Degree in Child Development. 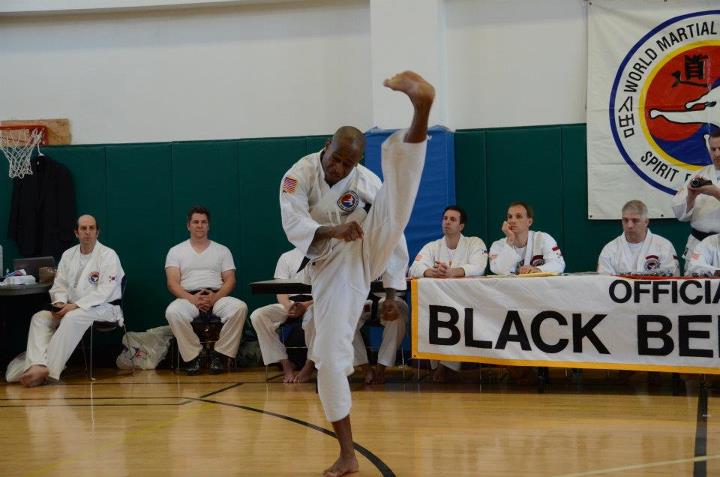 Dance Mogul: Although you left at an early age, do you still have any fond memories of the islands?
Rhythmchild: Yes I remember being 4 years old dancing to Roots Rock Reggae, as the older folks smiled and laughed.

Dance Mogul: Why do you feel your family didn’t support the arts at that time, especially coming from a background enriched with culture?
Rhythmchild:  In the Caribbean culture at that time, the arts weren’t viewed as a stable choice/profession. The elders would have preferred me to become a dollar van driver. 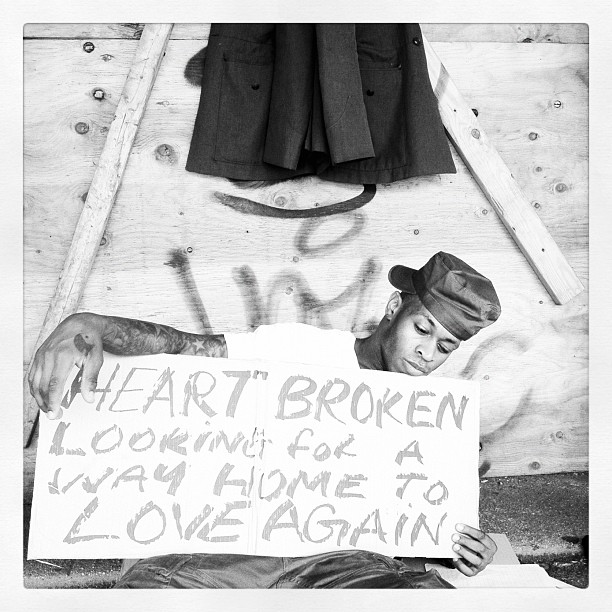 Dance Mogul: How did you earn the title of Dance Hall King?
Rhythmchild:  I won all of my battles at house parties, on the streets and at dance events. This is also how I started teaching at an early age, various locations heard of me and somehow tracked me down.

Dance Mogul: What was it like growing up in Brooklyn at that time. How did the environment shape your mentality and your craft?
Rhythmchild:  At that time it was tough growing up. I lost friends to the streets, had guns pulled to my head, a box cutter to my throat, attacked with baseball bats and my home was abusive. My skin became tough, mind became focused, my heart filled with passion for change. Dance was and still is my therapy. My dance is forever fueled by memories of my past and present life I could have died. 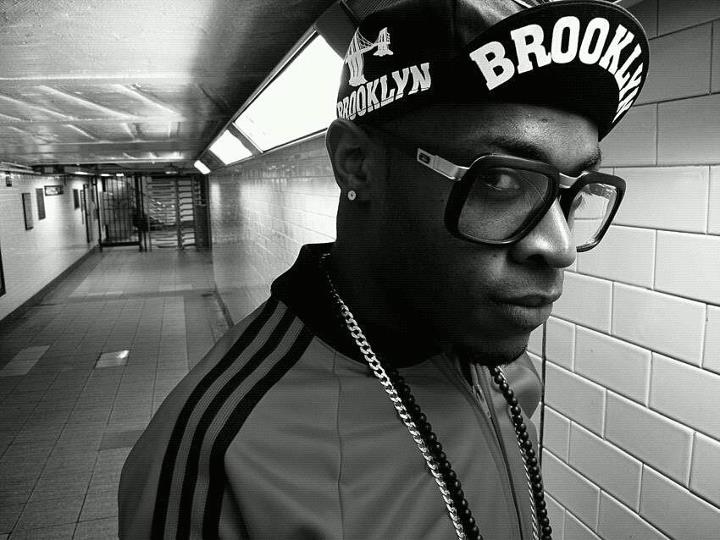 Dance Mogul: Can you tell us the difference between Bruk-Up and Flexing?
Rhythmchild:  Bruk-Up is a style where the focus is on one shoulder. “One Arm Shoulder Pop”, It is also filled with many facial animations and characters such as the cowboy, the nerd, the baby, the hotty woman. The Bruk-Up style also has a stronger foundation of Dance Hall/House Steps such as various heel and toe steps, wines and ground moves. Flexing, on the other hand, is a “Hybrid Dance Style”. It incorporates Modern, African, Ballet, Lyrical, popping (whole-body), Hip Hop, Dime Stops (Pausing), Cork Screws (Knee Drops), Tutting (Connects), Gliding, Animation (whole-body), contortion (Bone Breaking) this is just naming a few. However, it’s a clear fact that Bruk-Up and Flexing are two different styles.

Dance Mogul: Who are some of the early dancers you influenced in your neighborhood?
Rhythmchild:  Growing up I was the earliest person who did what I did. I can’t really say if I influenced anyone or not if I did then that’s love and I served my purpose however dancers who grew up seeing me dance includes: Ring Master Corey & Reggie, BSV Ghost, Marc Marvelous, Rohan, Speedy, Dexter, Reem, Bingi and some others. 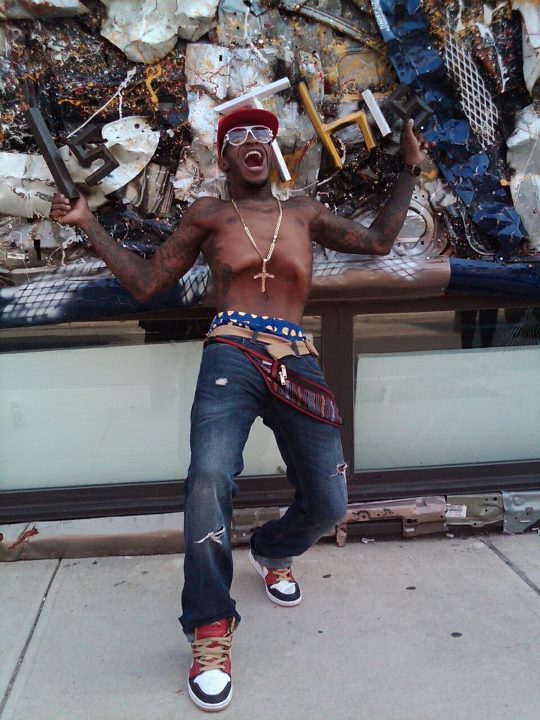 Dance Mogul: Tell us the formation of the Amount Boyz and how that experience elevated your life.
Rhythmchild:  The idea of forming the Amount Boyz was all Ant Boogies. His idea was to target the best dancers in the school and present them with a chance to be a part of what would later become a super dance group that later elevated into more than a group. If I’m correct I was the 4th member to be added to the group. My membership was short-lived due to my own individual passions so I wouldn’t really say that being a member played a major role in my life. However, I will forever be an O.G Amount Boy. Shout out to Ant Boogie and A Dubz

Dance Mogul: What advice would you give to the youth of Brooking, looking to make a career out of dancing?
Rhythmchild: It’s more than just a battle and street cred. Its an art, treat it like one. Don’t dance, become dance itself..by allowing it to mold your life. Really think about what type of dancer you would like to be and how you want your audience to see you. Educate yourself, train yourself to spot who’s toxic and who’s safe. Practice! Lab!! Get it in and remain forever committed. 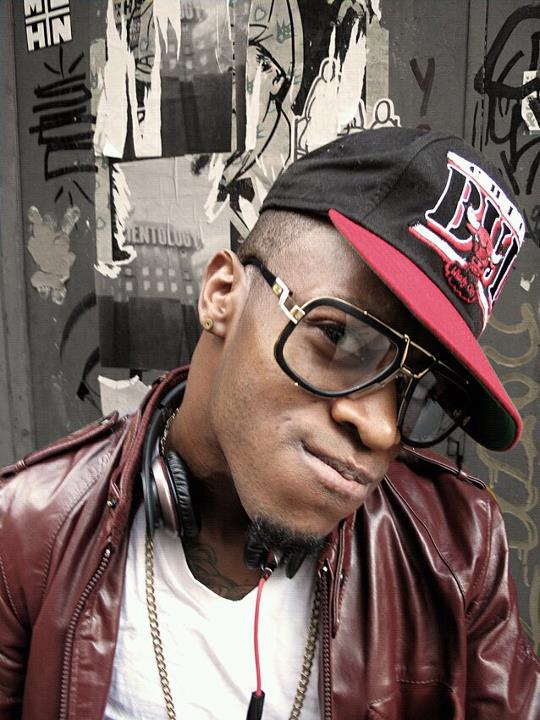 Dance Mogul: What would you like the world to know about the Flexing style of dance, that they may not be able to capture just from watching people do it on Youtube?
Rhythmchild: Flexing is the 1st ever urban hybrid dance style. To see a true embodiment of Flexing is like seeing an individual catch the Holy Ghost. Flexing is a style that represents struggle, the undying spirit to want to break away,  be different, think out of the box and having no limitations with movement/expression

Dance Mogul: Is there anyone you would like to thank for helping you on your journey?Rhythmchild: Indeed I would like to thank the late Michael Temples, who gave me the chance of teaching the 1st Flexing class. Thank you Mr. Temples for fight hard for me and making sure that other locations paid me, for my early years of teaching. I would also like to thank Reem, Ghost, Dexter and Reggie for Keeping the culture alive by creating events for the generations to follow.1 love