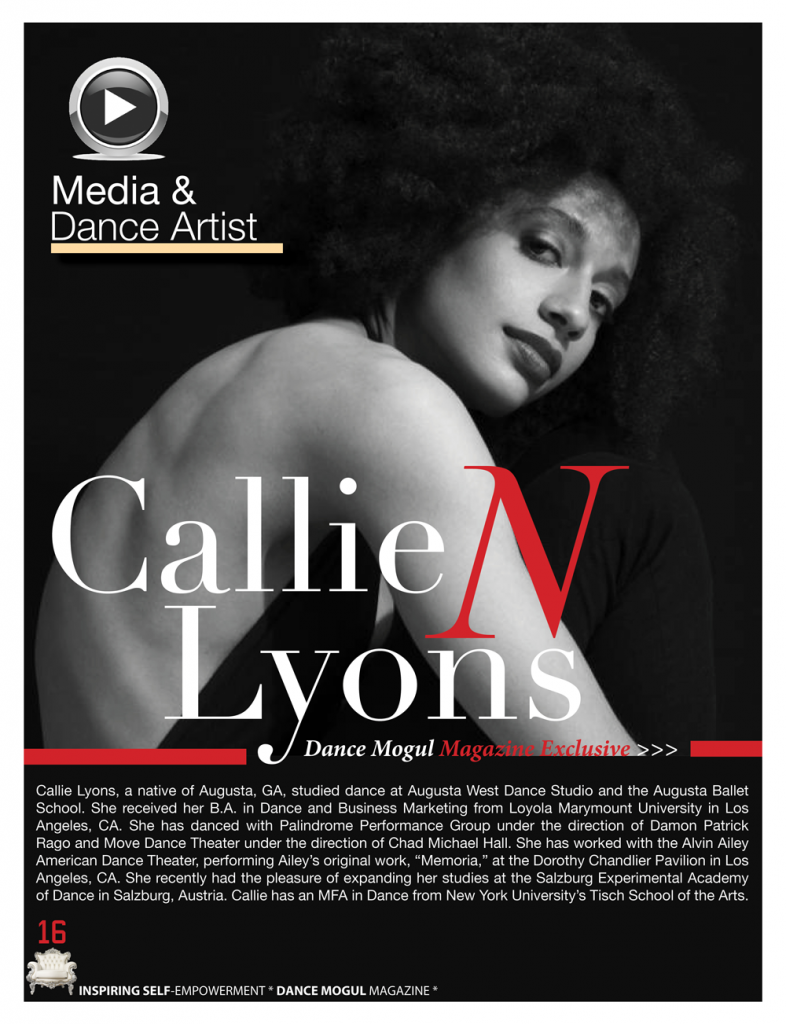 Callie can be seen in our Female MOGULS on the Rise issue click the picture below. 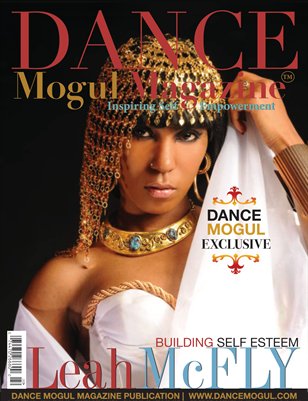 DMM: What was the motivating force behind this project?
Callie : While in my last semester of grad school, I was initially contacted by a friend Austin Hendrix, who was in conjunction with a staffer for Michelle Obama, to create a dance video for the campaign. My first thought, once I received word, was to make sure that this video would be more than just a dance clip that lived online. I wanted it to be distinct, fresh, and enjoyable to an audience of varying demographics who could watch it multiple times, not grow tired of it, and really gain a new perspective on the excellence and potency of dance. So, from there, I reached out to my then media professor, Paul Galando, to collaborate with Tisch Dance and New Media and eventually photographer Lois Greenfield. That’s when the collaboration was birthed.
DMM:  What do you hope to achieve?
Callie :  My goal from the jump was to contribute a creative edge to Mrs. Obama’s campaign. As a dancer and advocate for dance education, I’ve always thought the Let’s Move! campaign to be a fantastic initiative to inspire young people to really get out there and just move and live a healthy life. So really this project is two fold. I want this video to instill a desire for people to live an active life while simultaneously showing the artistry of collaboration and the strength of having dance on camera and film. I think it achieved all of those things.
DMM:  How does projects such as this help to strengthen your bond with other dancers?
Callie :  Projects that are collaborative with other dancers create strong bonds because it requires you to be receptive to each other. As dancers, you have to be open and aware; at all times and on film shoots, such as this, things move very quickly. There’s not a lot room to waste time. It’s a get in and get out kind of a deal. There was no space to be shy because the process moved so swiftly. So my fellow colleagues and I communicated that we just go in and bring our creative selves to the project and have a good time. It also helped that we were (and still are) very good friends. I think it’s very clear that we enjoy just being around one another. In grad school, we went through some intense, vulnerable pursuits, so our bond was emboldened by the time we made this video.
DMM:  What role does teamwork play on a project like this?
Callie :  Teamwork played a crucial role in multiple ways. Although I was technically the creative lead, I allowed everyone to bring ideas to the table and I basically “thumbed up” every request. There’s absolutely no way this project could have been successful had I been dictating every move, every thought, and even every camera angle and shot. It just would have been miserable for all involved parties. I came in with a basic framework for how it would move along, for continuity and efficiency, and then just let spontaneity take precedence. It truly was a beautiful experience.
DMM: What words of encouragement would you offer to upcoming dancers  who would like to create inspiring videos with purpose?
Callie :  I always say the key to executing any project is to just say you’re going to do it. Speak it into existence. If your brain has the intelligence to conceptualize it, then it can be done. You don’t need all of the details carved out right away. Tell someone you trust immensely about your idea and do the very best you can to make it happen. Treat it like a newborn child. Nurture it. Nurture it. Nurture it.
DMM: Is there anyone you would like to thank?
Callie :  Thank you so much for reaching out about this! It really means the most! So glad to have all y’all’s support!
www.callielyons.com
The very best,
Callie N. L.
0 0
Dance Mogul February 3, 2015
No Comments Yet