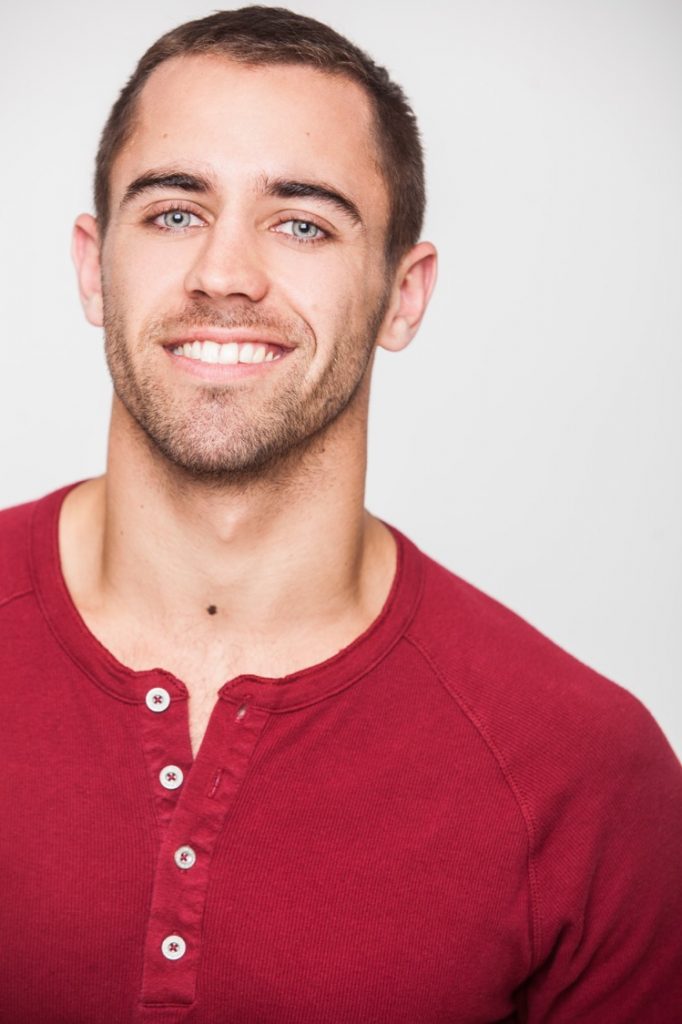 Dance Mogul: What inspired you to start dancing?
David: I can specifically recall watching a Saturday morning music TV show way back when I was little. Janet Jackson was performing her latest single “Runaway”. She had a team of backup dancers with her, & I can just remember being completely mesmerized by the whole performance. Their movement just seemed so natural to me, & I wanted to learn how to dance like that!
Dance Mogul: How did you develop a work ethic to train?
David: I started dancing when I was seven years old. It was me who asked my parents to take me to dance school, & I think from just seeing what I’d seen on TV, the work ethic to train partly came from that. I did a lot of syllabus work throughout my dance training as I was growing up too. I was constantly working on my technique & taking dance exams. This in itself got me into a healthy routine & taught me discipline within dance. 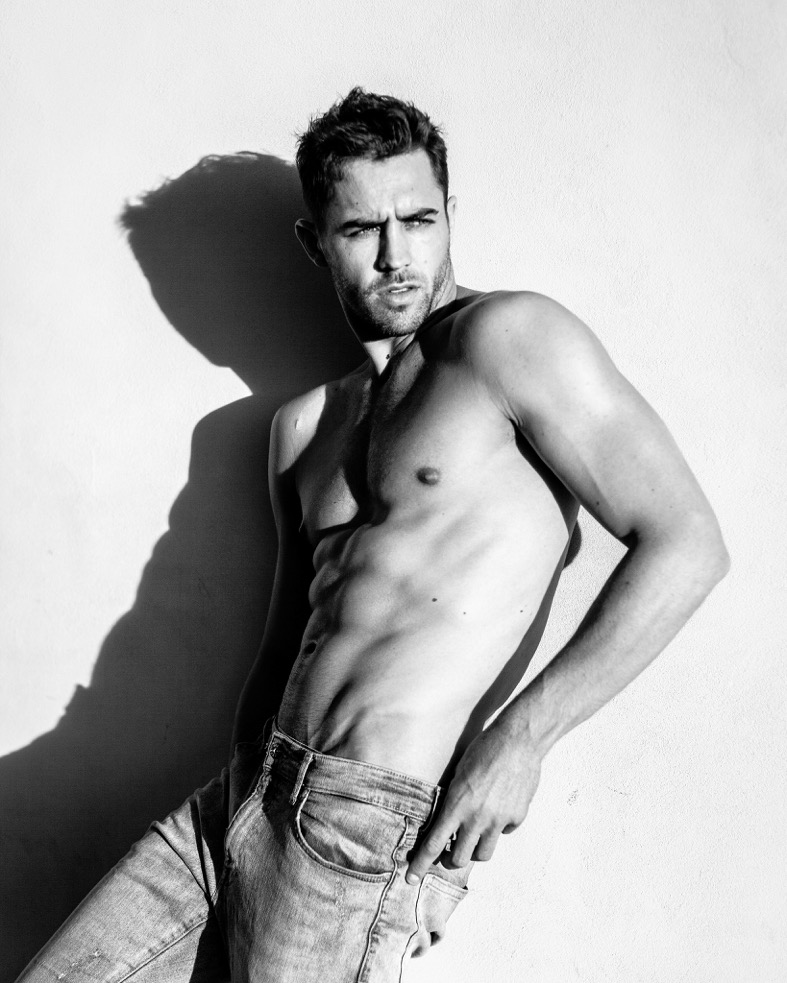 B&W Body Shot Photo Credit: Nicholas Gilligan
Dance Mogul: When was your big break?
David: My big break was when I was booked to dance on The X Factor UK. I had only been living in London a few months, but this was, & still is, the biggest job of the year that dancers throughout Europe want to be part of. I attended to the audition, as did hundreds of others & made it through the day. I received a call from my agent during the season & was so happy when I finally got my opportunity to dance on the show. Brian Friedman was the choreographer, it was one of the best learning experiences of my career.

Dance Mogul: What have been some of your memorable moments on stage?
David: I have many memorable moments, most of them from when I’m on stage in front of a live audience. That’s where I get the biggest buzz! I spent a lot of time working with Kylie Minogue & we performed at Gay Pride in Madrid back in 2010. The crowd literally went further than my eyes could see. The Brit Awards when I performed with both Lily Allen & Take That at The O2 Arena in London. The audience energy is just explainable. And of course, my biggest memorable moment has to be my first time dancing live on The X Factor UK. Millions of people tuning in to watch, now that was pretty amazing. 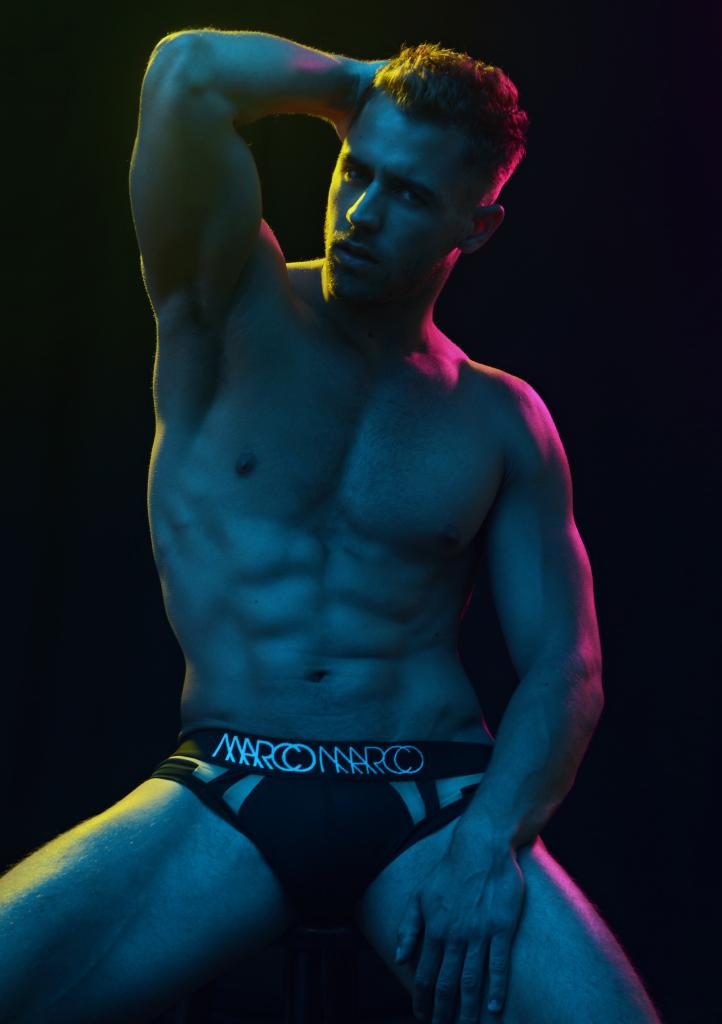 Color Body Shot Photo Credit: Shaun Vadella
Dance Mogul: Based on your experience now what would you tell your younger self?
David: Take a vacation! As dancers, we spend the majority of our time chasing the next job because we are self employed & want to make that pay check. We’re scared of missing out. I’m slowly learning to take a minute to relax & appreciate everything I’ve done so far, & to take some time off every now & again. I’m constantly telling myself that there are other jobs around the corner & not to stress out. It’s great for work to take us somewhere exotic where we might have a rest day to do some exploring, but it’s also ok, & it’s healthy, to have a real break!

Dance Mogul: What is it like dancing for major artists on a regular basis?
David: It’s a lot of fun! I always love watching the artist(s) grow with the dancers in rehearsals as we gradually lock in our performance. Of course just like any job, there are moments which aren’t as glamorous as what people see on their TV screens, but the end result makes it all worth while.

Dance Mogul: What was it like to perform at the 2016 VMAs?
David: Performing at the 2016 VMA’s was mind blowing! The fact that it was my first time in New York City, along with the show being at Madison Square Garden with such an electric audience, & on top of that, knowing that some of my other friends from Europe where also there with other artists. It’s times like that which make me remember why I still do what I do. You can’t beat the feeling & adrenaline rush that comes from something you’re passionate about.
Dance Mogul: Where do you see your dance brand in the next 10yrs and how would you like to help empower the dance community?
David: I’d like to still be doing some of what I’m doing now, but I’d also like to be on the other side, maybe more creative perhaps. Hopefully while doing this, being some sort of advocate along with many other dancers of my time to help continue what the generation before have fought so hard for.
Dance Mogul: What advice do you have for the younger generation of dancers?
David: It’s something which is still constantly being said to dancers, & I will continue to repeat it, KNOW YOUR WORTH. You’ve trained all your lives to be at the top of your game, don’t settle for unfair work conditions & low pay (which unfortunately does happen) just because it’s a name on your resume, & don’t allow your fellow dancers to do the same. Stick together. There is power in numbers.
Dance Mogul: Is there anyone you would like to thank?
David: I’d mostly like to thank my family for supporting & helping me in everything I’ve done to get to where I am today, even though they knew nothing about the career path I chose to take. A lot of love & blind faith goes a long way! 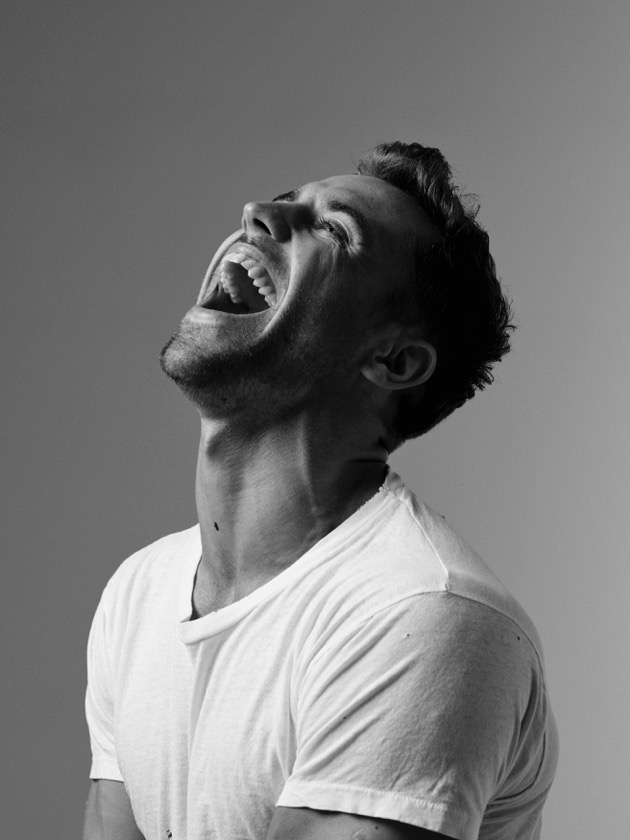