“Simply put, H+ | BLACK BARBIE: A Dream Sequence has elucidated what Hip Hop Dance has been missing and is taking Hip-Hop Dance where it needs to go.”

Dance Mogul Magazine has the honor of following H+ | Artistic Director Safi A. Thomas via social networks and in our opinion, all of his posts are a build-up to his productions. They lead you to think, “Well let me go see what this man is all about.” It seems just like a great marketing strategy until you actually go see one of his productions. There you witness this man and the great team he has working with him are exactly how they portray themselves on social networks, which is very rare in Hip Hop and even rarer in life. Mr. Thomas has found a way to stay true to the foundations of Hip-Hop Dance while at the same time being innovative in sending a message to the audience. Not many are using their gifts to speak about the many social ills of today’s society and H+ is doing just that. We had a chance to ask Mr.Thomas some questions. We hope that the industry is inspired by the efforts of H+ and hope they will see the relevance in presenting repertory pieces that challenge perceptions and motivate people to dialogue. 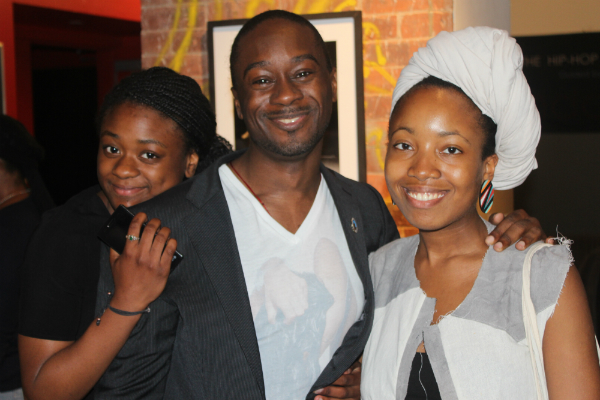 Dance Mogul: You briefly touched on why it took 7 seven years to produce “Black Barbie: A Dream Sequence”. Can you indulge more into that process and why you feel good things are worth the wait?

Safi A.Thomas: “Black Barbie: A Dream Sequence” was a repertory piece that was built within a 7-year time span. Each work that I create has a very specific feel, vision, and quality that cannot be sacrificed therefore I wait until the appropriate moment to premiere a piece. The costuming for this production is very intricate and required a new element that my company had not worked extensively with before: body paint. It was only after having Vann Godfrey of Transformational Body Painting come on board for our H+ | Winter Season, that I confidently knew this would not only be manageable, but would be expressed at the standard I was looking for. Vann is an exceptional artist who worked closely with The Hip-Hop Dance Conservatory Repertory Company (HDCRC) and AK47 Division, our in-house marketing branch, to build each specific character’s image. Without his skill set, this piece would not have come to life on photography, film, and stage the way I had imagined. 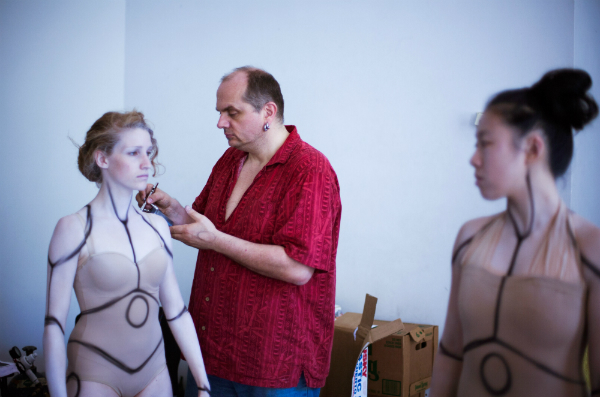 Aside from the costuming component, the motif of this work is powerful and required seasoned dancers that could pull off portraying such thought-provoking scenes and characters. With themes of patriarchy and its byproducts: misogyny, sexual abuse, violence, etc. the performers had to build space in their mind where these subjects were frequently and consistently visited, challenged, confronted, questioned, and acted upon. Without that constant intellectual engagement and actuation, these characters would not have performed at the level of depth and breadth that they exuded at the premiere. I am extremely proud of each of their contributions to the cultivation of this dream sequence.

It was these two components that were cultivated over a period of time which brought the piece to its excellence. So yes, sometimes good things are definitely worth the wait! 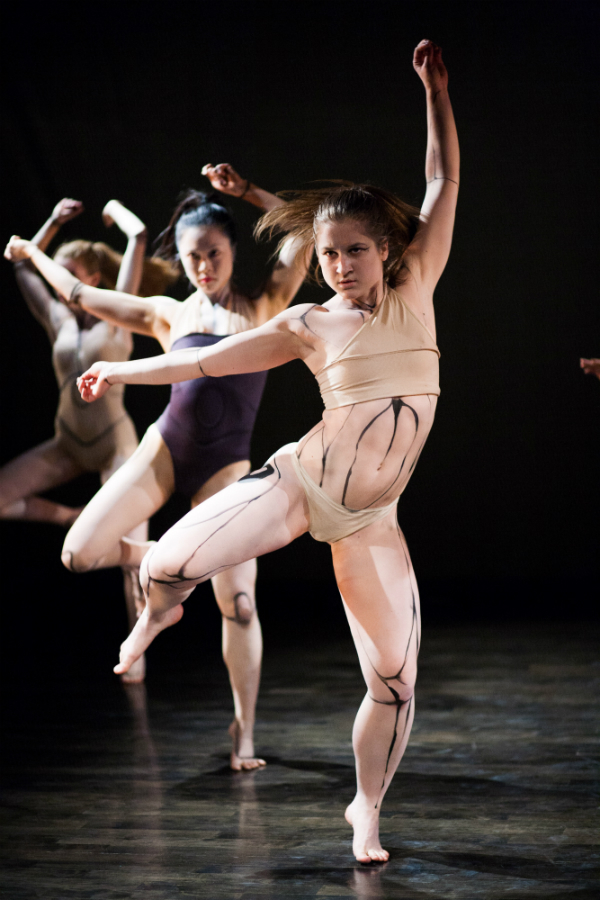 Dance Mogul: Black Barbie touches on so many social issues that a lot of people can relate or learn from. What did you want the audience to walk away with most?

Safi A.Thomas: There isn’t anything specific that I ever want the audience to walk away with. I more so want the audience to be exposed to a cornucopia of social issues. Different people will attach themselves or be offended by different things depending upon how they have or have not navigated these issues in their life. 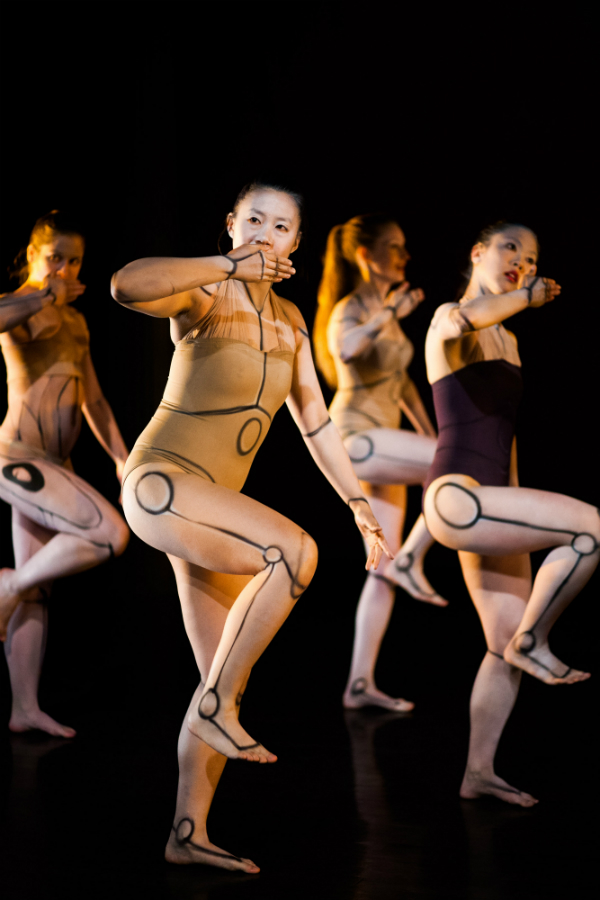 This repertory piece is looking through a man’s mind, so the primary topic is the objectification of women. While the men are humans and can articulate their bodies in unobstructed ways and move however they want, the women articulate with restriction as they are controlled by the main character’s ego which is represented by “Colored Man.” There are so many different aspects we talk about from sexuality to racism, which the audience laughs at. What that means though, is that the audience actually starts to think about it once the curtain draws and they think about what they’ve just seen. 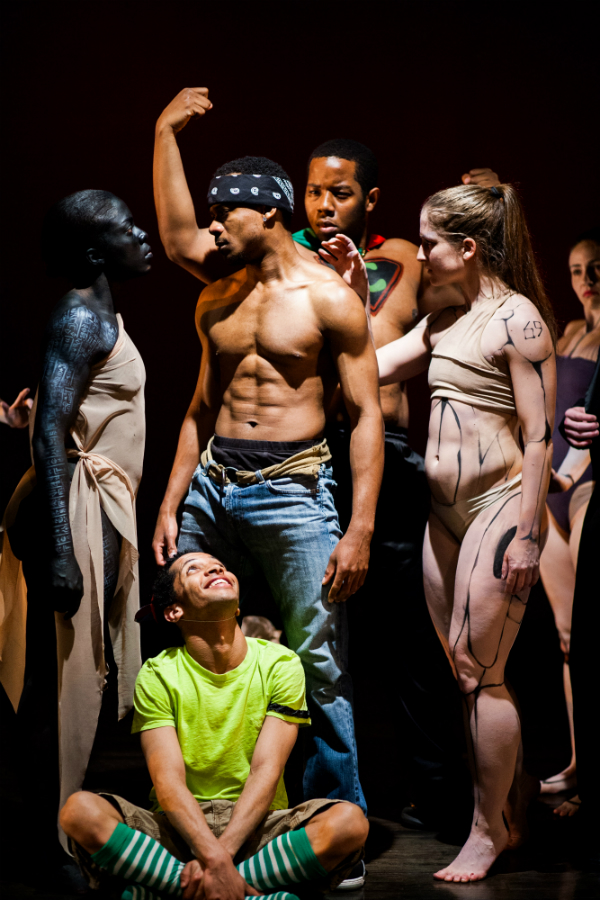 Dance Mogul: What can we expect from your summer season?

Safi A.Thomas: Because of the strong audience feedback from our H+ | Spring Season, we will do encore performances of “Black Barbie: A Dream Sequence” and “The BLAME Game” with a feature of “The Dating Game,” a satire and parody on relationships that premiered originally in 2007. I invite everyone to come to this extraordinary exhibition on Saturday, August 17, 2013, at Dance New Amsterdam.