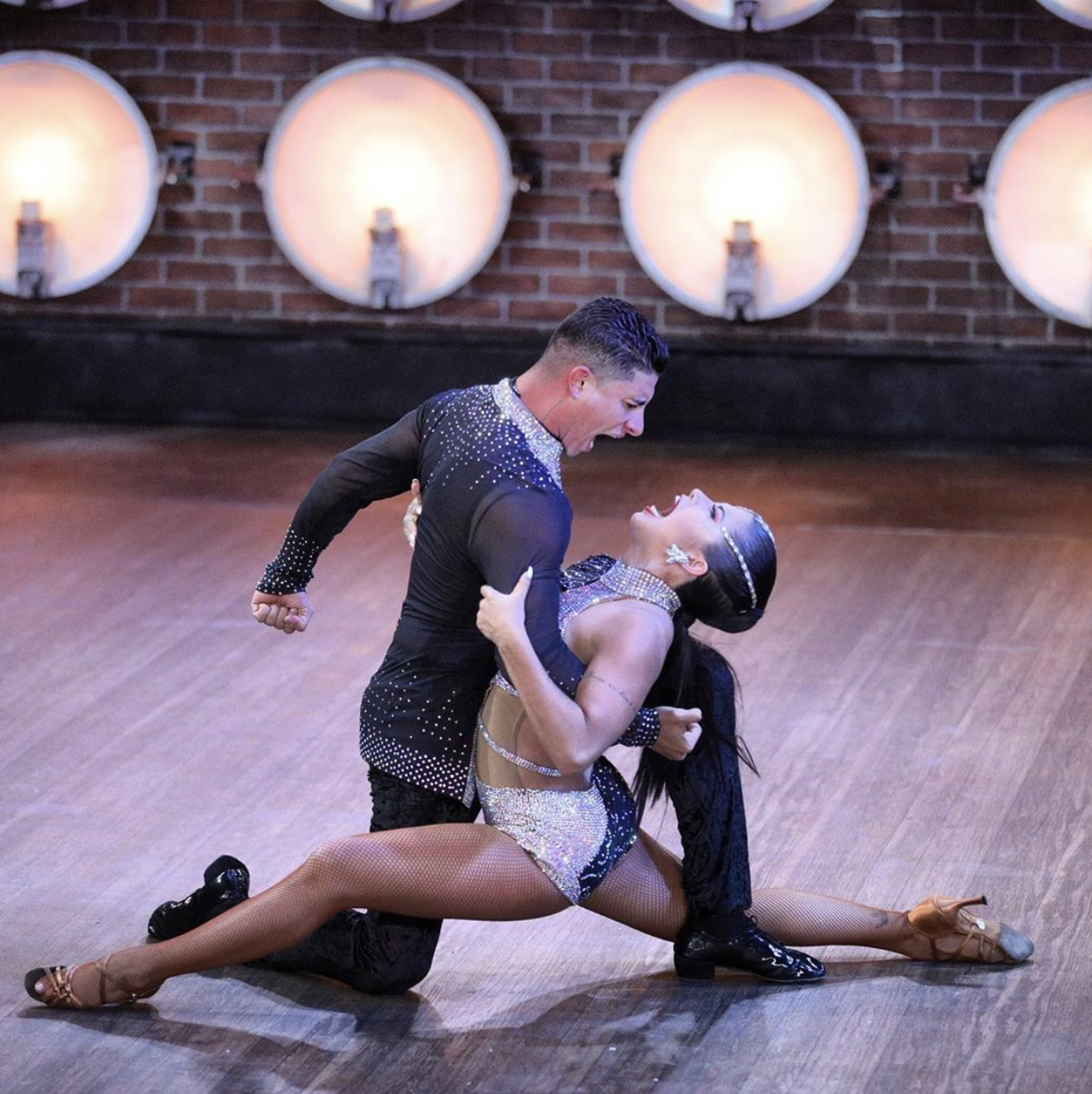 Two-time Salsa World Champions and real-life couple, Jefferson y Adrianita have been dancing together for more than 16 years and have been competing at the professional level for almost 10 years. This dazzling duo captivates audiences world-wide with their electrifying fast footwork and jaw-dropping tricks every time they hit the stage. Hailing from Cali, Colombia,  Jefferson y Adrianita specialize in Colombian Salsa but are adept at multiple styles including rumba, samba, cha cha cha, double step, jive, and dancesport. Jefferson y Adrianita has a son and named their boy after “World of Dance’s” own Derek Hough.

Derek has always been Jefferson’s idol, so when the time came to name his son, he thought it was a perfect choice. The duo cannot believe their luck that fate has stepped in and provided them with this opportunity to make a fan of Jefferson’s idol and most of all, make their little boy proud!

Dance Mogul: What is it like to be competing on WOD?
Jefferson Y Adrianita: It’s an amazing experience, which makes us more disciplined and strive harder for what we really want.

Dance Mogul: You guys have the big task of representing salsa to the world, how do you make sure you keep to the roots of your culture and make sure you represent properly on a platform like WOD?
Jefferson Y Adrianita: For years we’ve worked hard to compete and prove that salsa is a high-performance sport, picking up different salsa styles that show that we can do a great show.

Dance Mogul: How are you holding up during the pandemic?
Jefferson Y Adrianita: It’s a very difficult time for everyone in the artistic world, so we try to do online classes, and we practice on new ideas for new choreography.

Dance Mogul: What advice do you have for regular people at home that want to learn the movement of salsa and other Latin dances, it looks so hard, but you guys make it look smooth and easy?
Jefferson Y Adrianita: Our advice is, if you want to learn to dance, you need to practice every day, every minute, every second when you have time. Also, you need to have discipline and patience because it is a long process. You can’t learn everything just in one day. Also, when you are dancing, you should feel the “Sabor” that runs through your veins.

Dance Mogul: Is there anyone you would like to thank for helping you on your journey?
Jefferson Y Adrianita: We would like to thank WOD for the opportunity to participate in their prestigious show. Also, our parents, teachers, family, and friends, who are our support system. And finally, our son who is our inspiration.