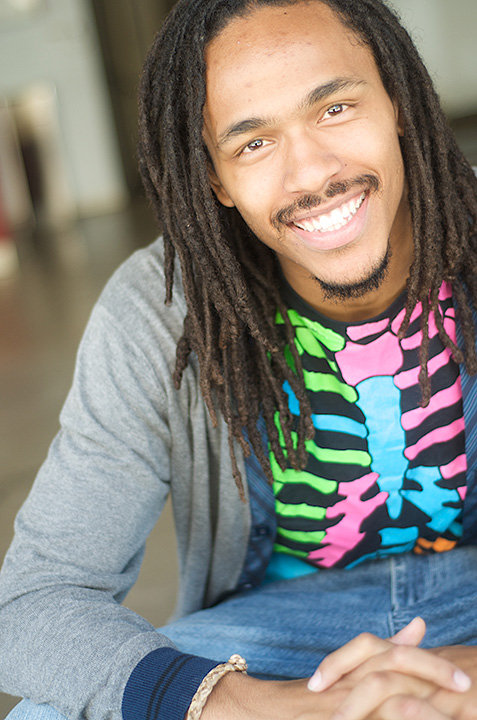 J on has been popping for over 13 years and has now become an internationally known artist. He has been privileged to train/work with some of the pioneers of the craft and is one of the most influential poppers of his generation. He is one of the only poppers from Miami to have been invited to compete all over the world amongst the worlds best but break into the industry as well. Jon is has worked Latin icon Gloria Estefan and working with the world famous Groovaloos (superstars of dance champions 2009). He also has worked with LXD and has recently been featured on hit TV shows such as The View, Rosie Show, Jay Leno all with Gloria Estefan. He also was a featured dancer in the movie Step up 4 Revolution. Jon is known for pushing the boundaries of what people may perceive popping to be. He has a very artistic approach but yet still maintains the foundation. Jon continues to push the limits of his craft and carrying the Miami street dance legacy along with him. We look forward to empowering Jon so he can ensure the next generation has the same opportunities and more that he had.

Dance Mogul:  Tell us about growing up in Florida and watching the dance scene from when you were little?

Jon Boogz: Growing up in Florida was a blessing because Miami has a very rich street dance scene, both in B-Boying and popping. The culture is so diverse in Florida with Latin’s and Islanders (Jamaicans, Haitians, Bahamians etc) that you are exposed to so much from salsa to reggae to hip hop. So being exposed to all those types of music and rhythms made the street dances have a lot more flavor and style then most places in U.S. Big events like b-boy masters pro-am and “who can roast the most” were events that brought some of the best street dancers from all over the world to our back yard. So I was exposed to a lot. Also, the local skating rings are where all the real dancing happened. Gold coast in Ft Lauderdale, Hot wheels in Miami were places where everyone came to show their stuff or battle somebody. So the scene still was very organic and not so saturated with competitions and such. More organic exchanges amongst dancers happened with no judges but the crowd. Learning and growing in this type of atmosphere allowed a lot of room for freedom within the craft. 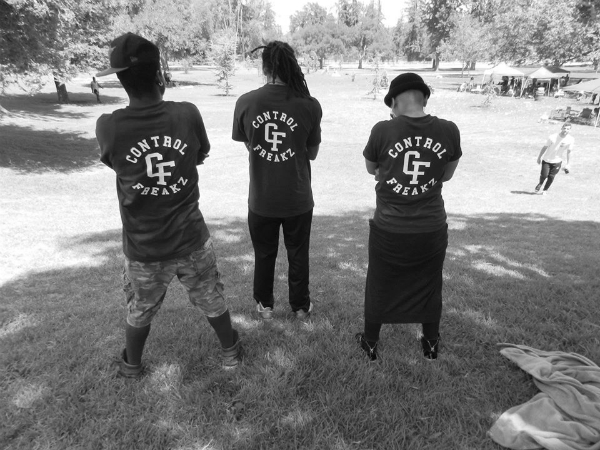 Dance Mogul:  Were your parents supportive of your passion?

Jon Boogz: My mom is my biggest supporter. She believes in me to the fullest. There were times when they worried about me and thought I might be going down a tough path but they know I’m a hard worker and someone who will put forth the effort that is needed to succeed in whatever I do.

Dance Mogul:  Who were some of your early inspirations?
Jon Boogz: To be honest some of my early inspirations were guys in my neighborhood in Baltimore. I first learned popping in Baltimore when I was 11, before I moved to Miami from a friend name Corey Ruff. Miami is where my style evolved and became what it is today so that’s why I represent Florida so hard. Corey taught me some basic waves and glides. He then introduced me to Mr. Wiggles who blew my mind when I first saw him. He brought home a Mr.Wiggles tape and we were glued to the TV. Also Boogaloo Shrimp from the movie “Breakin.”  Other than that all the local groups in south Florida that were popping or “cutting up” as we called it then were my inspirations. I wanted to be the best in my neighborhood at the time. So the local competitiveness kept me inspired a lot.

Dance Mogul:  Tell us your views of the rich history of the dance style Popping?
Jon Boogz: To be honest history is a tricky subject. I could talk for hours just on that only so I’ll try to condense this. Everyone has their own history of who made up this and who made up that. Before I get into my beliefs I just want to say Poppin has a beautiful and rich history. With that being said a lot of history is left untold. They’re were tappers, and a lot of African American entertainers back in 50’s and 60’s who were doing moves you see in Poppin today. James Brown, Earl “Snake Hips” Tucker, Nicholas brothers to name a few. They just weren’t calling it popping. I believe and from what a lot of pioneers I look up to tell me was that history goes deeper than most know. From what it seems Popping was created and inspired by the ethnic communities, music, and entertainers of previous eras but no one person created it. That’s my belief based on the evidence I’ve seen. I am very happy to be apart of a dance that dates back so far and has evolved so much. To be apart of that popping history and to have a lot of dancers who help pioneer this craft say that I’m helping keep the legacy of popping alive is a blessing from GOD.

Dance Mogul:  What’s the best advice you can offer a young popper?
Jon Boogz: The best advice I would give to a young popper is be original. When I started 13-14 years ago YouTube wasn’t so popular. Nowadays it’s helping kids learn faster but it’s creating clones. So the best advice I would say is, find inspiration within yourself. Find out how you naturally like to move and combine it with the discipline of learning your technique. The technique is important. You cannot fully become a popper until you master your techniques. You can move however you want as long as the technique is applied your all good. Also, get out there and travel to other cities, states, and countries if you can and expose yourself. The more you see the more you grow. You have to get in the circles and go to the events or parties. Experience organic learning rather than just on the computer.

Dance Mogul:  What were your favorite moments on stage?
Jon Boogz: My favorite moment on stage was the promo tour with Gloria Estefan 2012. I was privileged to go on ABC’s “The View”, Jay Leno, Rosie Show, The Voice, etc all with a Miami Legend in Music/Performance. On top of that, I got to do what I love best Pop and Lock. So it was the biggest blessing and one of my favorite moments so far in my career. To perform with a legend from the city that created who I am as a dancer. Words can’t describe the feeling.

Dance Mogul:  Is there anyone you would like to thank for helping you so far?
Jon Boogz: I’d like to thank my family for believing in me and supporting me all these years. I want to thank Miami because without the city, its culture, and the people I wouldn’t be Jon Boogz. I’d also like to thank my crew Control Freakz. They inspire me every day and keep me motivated to strive for more. Lastly, I want to thank anyone who supports me. The people who watch my videos and share my work with others. Thank you. No one has to share a video or come to your performances etc. So to all the supporters, thank you and God bless.

Dance Mogul:  Do you feel there is a need for Dance Mogul Magazine to help empower the dancers by giving them a united voice?
Jon Boogz: There is definitely a need to help empower dancers. Unity is key, Unity creates change.