Singer/songwriter Kari Taylor has found herself living her dream – writing, recording, performing and acting. This year Kari made some amazing accomplishments  preparing to release her second self- financed, single and being cast in two stage plays. Last year she started an Internet Radio Station and hosted her own Radio Reality Show. In 2011 she made great strides in her journey including starting her own Indie Record Label, voted first place winner of the History of Jazz Cyber Star Search Competition, and the release of her first self-financed Single “Love Come Down (the Remake) on CD Baby, and ITunes.

Currently based out of Rolling Hills, CA, Kari is a new Artist and has played locally in the Los Angeles Metropolitan Area. her music is being noted for its lyrical depth- addressing the beauty of love and her smooth, soulful but powerful vocals are captivating. Kari’s vibe is engaging and once you hear her voice you definitely want to experience her journey. Dance Mogul Magazine is honored to highlight this amazing talent in hopes that her journey inspires you to get started or continue on yours. 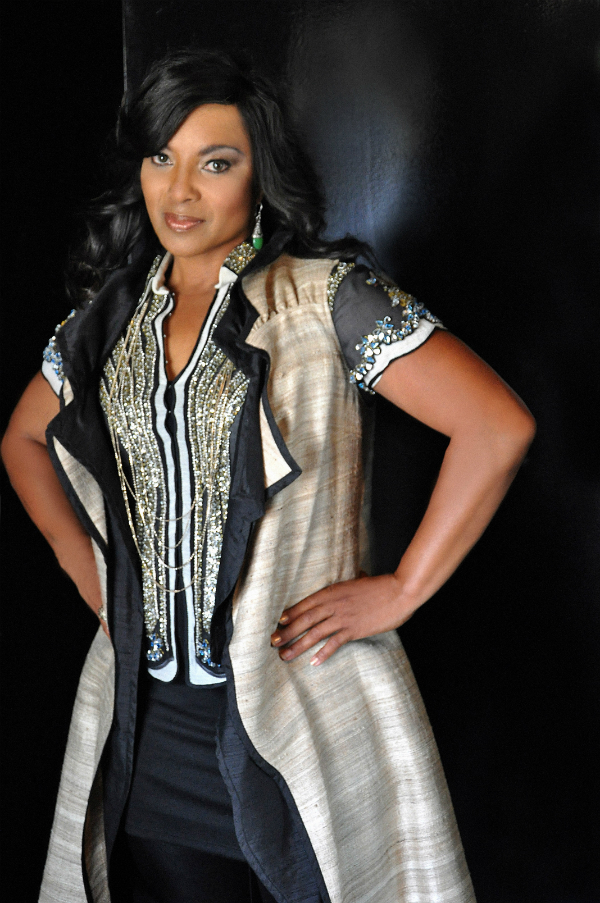 Dance Mogul: How did you initially connect with music?

Kari Taylor: I have loved music as far back as I can remember. My mom told me that I have been singing since I was born. I sang the songs on the radio, commercials on the television, anything with a beat I made a song to it. For instance, if I was hungry, I sang a song that I was hungry until I got fed. But what got my career started was when I was 5 years old and I was at a friend’s house playing. While we were playing I was singing as usual. My friend’s uncle was there and overheard me and asked which one of us was singing. I said, “Me!” Little did I know he was a film producer. The next thing I knew I was in a singing group with his niece and my oldest sister performing on stage and I have been singing and performing ever since.

Dance Mogul: Who were some of your inspirations?

Kari Taylor: My mom was a singer, actress, dancer and my grandfather was a singer.  They were my greatest inspirations. I also loved Phyllis Hyman, Michael Jackson and Whitney Houston.

Dance Mogul: Did you encounter any hardships that you would advise about when it comes to the music business?

Kari Taylor:  Yes.  When I started I didn’t know the business end and I got taken advantage of a lot. My advice to other artists is to learn the “business” of the music industry. There are many books one could read and a vast of information on the internet. Learn it and apply it. You may get less jobs but no one will be able to take advantage of you. The second thing is that there are a lot of rejections in the music industry. The best advice I can give in that regard is to never give up and don’t accept “no” for an answer.

Dance Mogul:  What do you hope people take away from your music when they hear it?

Dance Mogul:  What have been some of your most memorable collaborations?

Kari Taylor:  My most memorable collaboration is working closely with Jackie Jackson of the Jackson’s as his Production Coordinator. The Jackson’s were one of the biggest artists in the industry and Jackie taught me a lot about the music industry. We put a group together called “Mixx.” We wrote songs together and I will always cherish and remember that opportunity. Freddie Rhone was Jackie’s partner and he introduced me to Jackie. Freddie believed in me as a songwriter and singer and when he began to work with Baby Face and L A Reid, he took me along and I sang on a lot of demos for them. That was another awesome collaboration. There are many others. However, the best collaboration of all was with my producer Wendell Wellman because it was he who suggested that I re-record Evelyn Champagne King’s record ‘Love Come Down,’ which became my first self-financed single ever released and it is with him that I wrote my next to be released original single, ‘Caught Up.’

Dance Mogul:  Do you have any projects you are currently working on?

Kari Taylor: Yes, I am currently working on the completion of my first album; all original songs. And I am writing my first stage play.

Dance Mogul: How did going to college benefit your music career?

Kari Taylor: The music industry is a business and you need to know how to work within the industry. Going to college definitely benefited my career because it helped me build a solid foundation, gave me the tools I needed to conduct business and to communicate effectively. An artist is a brand that needs to be sold. In order to make it in the music industry one needs to be unique. However, if you have a solid foundation, know how to market yourself and know how to communicate your brand to the world you have found the key to success.

Dance Mogul:  Can you offer advice on what it is like to be an independent artist and what that actually means?

Kari Taylor: The music industry has changed. Record companies are no longer developing artists and giving out record deals like they have in the past. Artists are now having to do more for themselves and prove their worth in order to even be considered by a major record label. If you are not radio ready and can show that you have sold at minimum 40,000 units of CDs, don’t count on getting a record deal unless you are as exceptional as “Chris Brown,”  whom I think is the most talented artist in the world behind the King of Pop, Michael Jackson. In view of this, artists have decided to take control of their own music destiny and have proven that they do not need a record deal to make it in the industry. Thus we now have independent (unsigned) artists, which is a solo artist, group or band who records and publishes their own music independently from a major record label.

The best part of being an independent artist is that you have creative control of your entire project. You are free of the limitations of major labels and you don’t have to worry about the record label recouping all of their money back before you get to see any of your money. You do get to see the money for your hard work. However, being an independent Artist can be difficult if you do not have money to put behind your project. To be an independent Artist means that you have to do everything yourself. You have to develop your Brand, write your songs, record them, have them manufactured, publish them, get them distributed and then market and promote them – all on your own and with your own money. You still have to pay everyone on your team just as you would with a major record label. The only difference is that the major record label would front it for you and recoup whatever they spent from the sale of your records. Independent Artists have to front it for themselves. If you don’t have the money to do all of that, you end up like most unsigned Artists, you make a CD but few get to hear it and no one knows who you are, except for family and friends.

Dance Mogul: With so many accomplishments and experiences under your belt what else are you looking forward to achieving?

Kari Taylor:  I am looking forward to achieving my goal of becoming a household name in the music industry. I want the world to hear my voice, experience my talent and buy my music. To make sure that happens I have built an enterprise which consists of a record label (Earforce One Records), an online radio station (Indie Swag Radio), a promotions and PR company (Alexandrite Pumps Promotions & PR) and a non-profit organization (The HUSH Foundation) so that I have something to fall back on and so that my family can be financially independent and secure. In addition to that, I am looking forward to achieving success as an actress on the stage, screen and on television. I was recently cast in two stage plays:’In The Blink Of An Eye’ co-written and directed by Emmy, Tony and Image Award Nominee, Obba Babatunde  and ‘In Sheeps Clothing’ written and directed by Robert Kinsey. I have also worked as a background actress for the movies ‘Dream Girls’ (starring Eddie Murphy, Beyonce and Jennifer Hudson) and ‘ Waist Deep’ (starring Lorenz Tate, Meagan Good, Tyrese Gibson and The Game).

Dance Mogul:  Is there anyone you would like to thank for helping you on your journey thus far?

Kari Taylor:  Yes. This list is going to be pretty long but necessary because no one can do anything by themselves. So from the start of my career at 5 years old to now I thank the following persons for helping me throughout my musical journey:

My Family for their unconditional love and support: Kim, Brandi, KT and Bryana; Parents Loris and Bernard (RIP Dad); Siblings: Laurie, Benetta, Darryl, Michelle and Kerry; Mark and Maurice (brother-in-laws); Grandparents (RIP); all of my Aunts and Uncles (Tunstalls, Greenes, Smiths, Lovetts and Deans – too many to call each by name); all of my nieces and nephews (especially, Stacie, Stephenie, Brittney, LaNee, Jordyn, & Jamil for helping me with my project); all of my cousins (especially Brian Andrews (Hollywood’s Hair Stylist and Ranell Wormley); and all my in-laws (Taylors); Extended Family: Jamie Gerrard, Monique Kirby, Lil Nay-Nay, Millena Gay, Richard Triplett, Clarence and Charlotte Jones, Dawn Burch and Lynette Collins.

Fans: All who support me, purchase my music and attend my performances.