King MAS AKA The Musical OBEAH Man is a singer, songwriter, composer, & guitarist born and raised in Boston. Massachusetts (USA) to Jamaican and Montserratian parents. This Caribbean blend mixed with the American cultural influences all contributed to the unique blend of style that makes the King one of Reggae music’s fastest rising stars! In 2012 King MAS independently released his debut album “One Wish” under his Viral Sounds Ent. label which is now involved in iTunes and Amazon music. In 2013, he partnered with Nature’s Way Entertainment and is releasing his first album in collaboration with “Fadda G” and Nature’s Way Ent. team in the summer of 2014. In 2015 King Mas is set to take things to another level while still holding true to his morals and values. Dance Mogul Magazine had the chance to catch up with him and take advantage of this being Black history month and talk about what we all should be talking about our history, to see how we can be creating a better future. 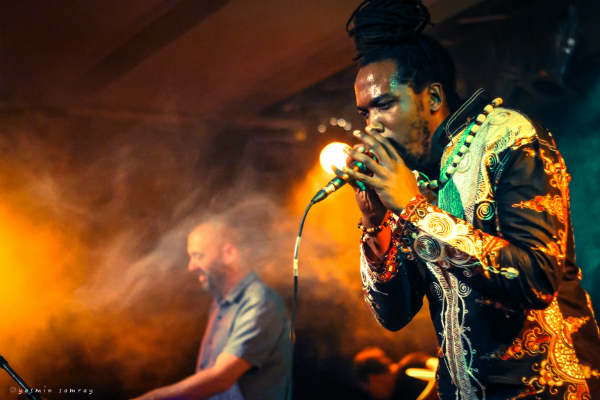 Dance Mogul: What and who have been your inspirations for your personal life journey and your music career?
King MAS: Being born in America, but of African-Caribbean parentage has given me a uniquely personal perspective on society while also providing me with a wealth of influences musically. I’m as much inspired by Busta Rhymes and Jagged Edge as I am by Spragga Benz or Glen Washington. I was blessed to travel quite a bit as a child to my parents’ homelands and experience the sounds of soca and calypso, the sweetness of Ting (grapefruit soda), and the simple joy of chasing chickens on the gully side of St. Johns, Montserrat. That sort of experience completely changes your consciousness as a child born into a more westernized/Europeanized way of life. From that sprouted seed of consciousness rooted in the importance of staying connected to the root and being grounded in my ancestral experience.

Dance Mogul: How do you balance your creativity with what this generation expects musically even from conscious artist?
King MAS: I don’t respond to expectations. Nobody should live their lives based around arbitrary “expectations”. I simply live according to the principals of balance and order. Through music, I bare the soul that I have cultivated and at times I have been told to “dumb it down” or simplify my music in order to make it easier for the common ear to latch on to. I don’t play to the common ear, I simply express the truth as I see it and send out vibrations that reflect my authentic soul. That soul is multifaceted and complex. That complexity resonates with a lot of people and I’ve got some truly amazing fans from all four corners of the globe. If dumbing it down was the only way to do music that probably wouldn’t be the case.

Dance Mogul: During this month how do you show gratefulness to our ancestors?
King MAS: I give thanks to Nsamanfo (The ancestors) daily and I live to honor and build upon the sacrifices they have made. It is a pitiful reality that we live in where many Afrikans at home and across the diaspora only study their history for one month of the year and obviously the shortest month of the year. Some don’t even care to study it at this time of year. We wonder why we are not respected as Afrikan people across the globe when we do all that we can to fashion ourselves after non-Afrikan people. Until we, as a nation, realize and embrace who we are and who we have been as a people we will continuously avoid our history and our true identity as a people. As long as we allow our children to BELIEVE that their history begins in chains we will be psychologically dependent upon other nation’s approval for a sense of self-worth.

Dance Mogul: Tell us about your current journey to Africa?
King MAS: I recently returned from a 3-month journey to the motherland. It was a mystical experience and it was very enriching on many levels. Afrikan scholars are among some of the most profound in the world and some of the history I was able to learn from reasoning with peers, as well as elders, was absolutely life-changing. There is also a wealth of talent in both Zimbabwe and Azania (South Afrika). I was blessed to connect with one of Afrika’s brightest young producers by the name of Bereket Tafari and I also managed to record a collaboration with a young lady by the name of “Faya Uman” whom I’ve known for years. She is actually a Zulu “Sangoma” or a traditional healer (what would be called a witch doctor here). The crowning moment was getting married to my queen of 5 years and I am looking forward to raising little Rasta youths with her at home on the continent. 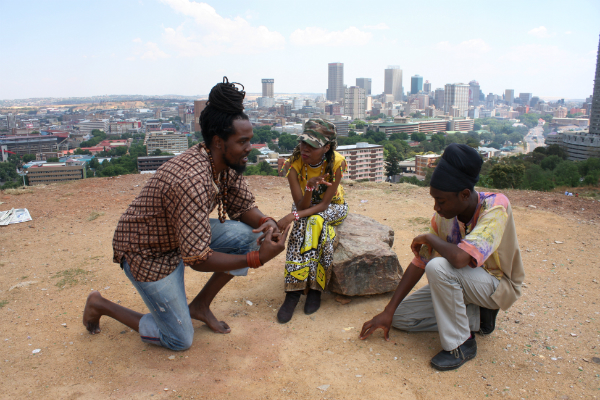 Dance Mogul: What is the artistic culture like there, the music, the dancing etc?
King MAS: The really amazing thing about Afrika is that whatever you are looking for exists there. From Hip-Hop and R&B to Jazz musicians to Reggae and Dancehall, you name it. There’s a scene for it in Afrika. The indigenous aspects of Afrikan life still remain undisturbed in many ways and there are other ways in which western culture has really more or less destroyed the indigenous way of life. As you head into the cities you will get a more cosmopolitan experience where you can buy a slice of pizza and go watch a movie at the theatre. My experiences in the villages and the rural areas are the ones that stick with me most. Even being able to see the universe properly in the night sky with no local light pollution is a sight to behold.

Dance Mogul: What are some of your goals in the next 5 years for your journey?
King MAS: I want to be based out of Afrika and have secured my own land and home. I want to have my personal band arranged which will include traditional reggae instruments as well as indigenous instruments. I want to be in a position to open doors and create connections between the 3 places that make up my identity (Afrika, the Caribbean, & the US). Being born in the states has put me in a unique position and with the advantages I’ve been given through the sacrifice of my ancestors I aim to do them proud and to keep them alive through my offspring by preserving our family history and legacy.

Dance Mogul: What advice do you have for the next generation of artists and young black youth?
King Mas: Educate yourself. I’m not talking about your grades in school. I’m saying educate YOURSELF. Learn not only about who you are, especially if you are a recent descendant of Afrika, but learn how the universe around you works. Study science. Study psychology and become aware of the factors that have shaped you and those before you. From that place of self-knowledge, your path will become clear. Without it there is only vanity and don’t get me wrong, vanity pays well. The question is, how do you want to be remembered?

Dance Mogul: What’s next in 2015 for you?
King MAS: Brand new album “Rasta Evolution Pt. 1: OURstory”. It’s going to be the first part of a trilogy I’m releasing through Nature’s Way Entertainment out of Los Angeles, California. I’m really blessed to be in the circles that I am in and I’ve been working with some of the biggest names in what has been called the “Reggae Revival” movement (a term coined by Dutty Bookman, co-founder of Manifesto JA and accomplished Rastafari author/public speaker). I am getting ready to release a single “Walk Like A Champion” paying homage to the ladies while also honoring the elder “Buju Banton” by flipping his classic “Champion” song from when I was a youth in ’94. Look out for releases coming soon from Idlers Corner out of Lyon, France, Mega Records out of Nairobi, Kenya, Digital B records out of Jamaica, Green Lion Crew from here in the US, it’s going to be a busy year. 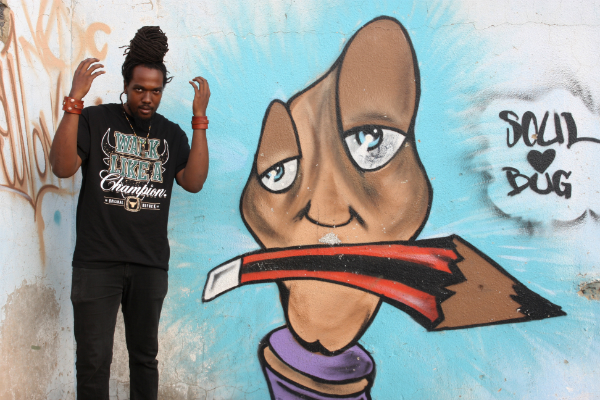 Dance Mogul: Is there anyone you would like to thank for helping you on your journey thus far?
King MAS: I give thanks to my parents first and foremost. Statistically, there is no greater predictor of a child’s success than the success of their parents. They set a strong foundation for me and my siblings and we are all thriving because of their sacrifices as well as the sacrifices of those who came before them. I also give thanks to my label Nature’s Way Ent. Garfield & Sanya Cowan has become like family to me over the years. I also have to big up Typhoon Music Group. I want to big up my fellow soldiers and warrior queens in the music as well. Iron sharpens iron. Last but not least I give thanks to Dance Mogul Magazine and all other media and individuals who promote uplifting, conscious music.

For more on King MAS check out: https://soundcloud.com/kingmasmusick