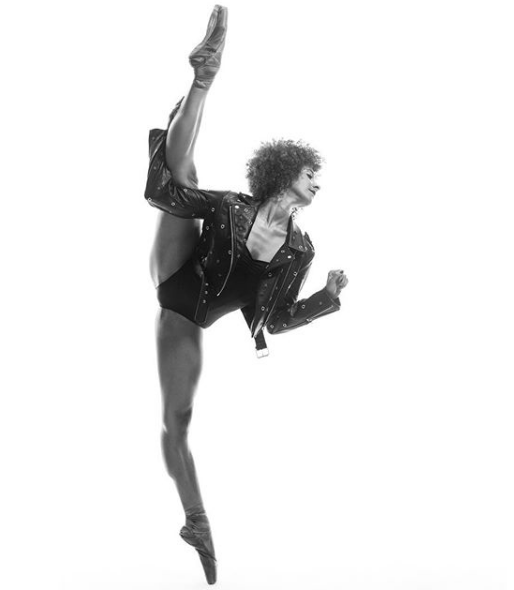 Dance Mogul: You’ve been on tour consistently for the past couple of years, can you tell us what those experiences have been like for you?

Larissa Gerszke: Tel Aviv Performing Arts Center (Israel) – this was one of my favorite tours with Complexions. This tour, in particular, changed my outlook on the world for the better. We had been traveling to Israel at a time when the country was experiencing social & political turmoil, which made us apprehensive about going. However, upon arrival, I have never been treated more respectfully by such profoundly interconnected & humbly beautiful souls; proving you can’t believe everything you hear on TV. Having the opportunity to go travel to this country & perform a very American perception & expression of music and human experience also proved to be surprisingly well received by such a foreign audience. Our program consisted of “Ballad Unto…” set to music by J.S. Bach and “Innervisions” (an ode to music) by Stevie Wonder, all choreographed by our sought-after artistic director, Dwight Rhoden. I could never have imagined the response these works received in Israel. Directly following the performance, people showed up in crowds at the stage door and would not let us by without each individual trying to communicate their gratitude, excitement, and sentiments towards our expressive artistry through the physicality of the ballet technique. With as much broken English as they could conjure up, I knew that these people were touched profoundly. It was here that I experienced first-hand dance’s ability to transcend languages, as well as social and political structures/barriers. Dance is truly the language of human experience because everyone has a body and can relate to what it looks like to feel love, what it feels like to see pain, or camaraderie, as well as the struggle to achieve a more human existence. I had become awakened to the profound connection us performers make with our audiences and how sacred & imperative the duty of sharing our craft, our vocabulary of the human spirit.

Kingston, Jamaica – this was an integral tour for my personal human existence as my roots are grounded specifically in Kingston, JA. I had never visited Jamaica until this faithful tour with Complexions, upon which it also happened to be my birthday. What’s more, Complexions also made its first-ever appearance in Jamaica during this trip in 2017 where we performed at the Little Theater as part of Plié For The Arts “Amalgamation Gala”. Thanks to the efforts of Marissa Benain (curator & former dancer of the National Dance Theater Company Of Jamaica), brought us there as cultural ambassadors of her brainchild “Plié for the Arts”, an organization privy to the cultivation & exposure of arts & artists in Jamaica. Upon our arrival, we were taken to the mansion of the Ambassador of the United States of America, where, among many world ambassadors, we were the guests of honor. I had the enormous privilege of conversing among powerful representatives of nations while sharing thoughts on culture, arts, and initiatives to further this beautiful island. Moreover, these men & women of high political stature later witnessed our program, so as to tangibly see exactly what Complexions sets out to deliver on a global scale. This trip was a dialogue between cultural ambassadors & world representatives. And for the first time in my career, I felt how vital dance is on a political scale and how integral the arts are to civilization. 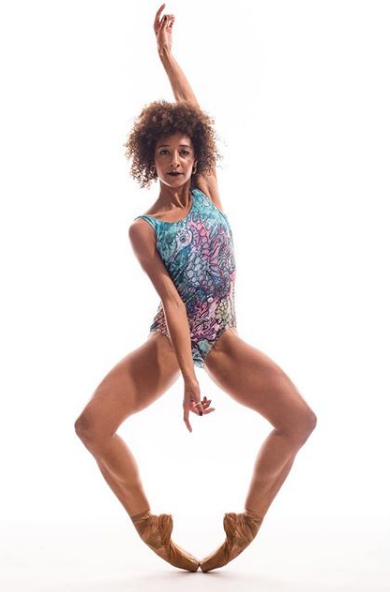 Estonia, Latvia, Lithuania, Switzerland – this was probably the most difficult tour I’ve experienced and one that took every ounce of the company’s combined strengths to achieve the success that it delivered. This six-day tour with five performances in four different countries demanded that we arrive in a new country every day: set up & perform in the same day and travel again once we took our final bows for the night. It was a true test of the body and mind however with that I became conscious of what artistry truly entails. I had been practicing all my life to hone choreography down to a science; ensuring that come performance day I would have a perfect show. At the time, this was my perception of artistry. It turns out that as a professional, artistry isn’t so much a task pertaining to the deliverance of perfection, but how one, in their individuality, can juggle all the obstacles put forth and handle them in a manner that enables you to deliver a heartfelt, captivating world-class exposition of the human condition through graceful movement. We were performing in historical theaters so some nights the stages where very solid (which is hard on your joints), other nights the wing space didn’t provide enough coverage for your entrances & exits or perhaps the lighting designer didn’t have the means to set up every light we’re used to performing with.

Not to mention a change of environment brings many changes to your diet, time zones, jet lag, etc., all small obstacles that are out of one’s control. However, your duty to the art and to the patrons demands that you take them on a seamless journey and bring them to a higher world without the aid of language to stimulate the senses. Despite all the complications, Complexions delivered. During the same tour company member Shanna Irwin & I performed a duet entitled “American Pie” by Dwight Rhoden and were able to move the audience so deeply that a woman had left at intermission and brought two white flowers back with her, which she ran to the stage and honored us with during the bows of the closing act. I have always told myself if I even transport one person on a journey with me, then I have done my duty. That night in Lithuania was one that I’ll never forget and the gravity of which still brings me great solace every time I remember it.

Kona, Hawaii – I have always been grateful to Complexions for its ability to enable its artists with the esteemed pleasure of traveling the globe to share our artistry & sentiments with the universe. But what’s even more profound is when the audiences rub off on us. It’s common for dancers to receive a bouquet of flowers following their performance, however, proceeding our show at the Kahilu Theater in Kona, Hawaii, each performer was embraced with a real handmade Hawaiian yellow plumeria lei after which we were invited to a reception to engage with the patrons in the audience. This particular audience was so full of love (as would be imagined of a Hawaiian audience) but moreover gracious with knowledge on the island & their culture. It was there that one lady approached me and said “I bought a school of young girls to your performance tonight and will be discussing the performance in length tomorrow, but there was something about your powerful approach and unstoppable character which really rubbed off on the girls. Please never stop what you bring to the world because it is doing so much good”. This once again was the reassurance of my duty to the arts. 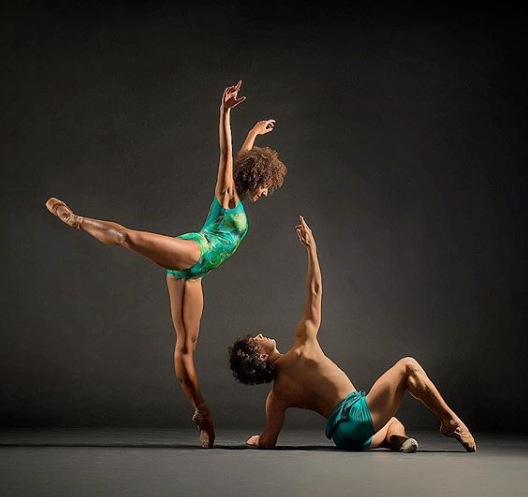 Dance Mogul: You also share your gift by way of teaching, that market is very over saturated. How do you make yourself stand out?
Larissa Gerszke: I like to deliver pedagogical sessions as ones of inspiration & enlightenment. I find students are taught rules upon rules however I believe art provides the opportunity to respectfully fulfill creativity amongst parameters. The ballet technique may be a refined practice but contrarily, I seek to open the mindsets of my students to ballet as a liberating technique. While it’s a presentation of grace, it also demands immense athleticism, strength & willpower. On top of this, I push my students to express their individuality within the codified technique. I am thankful for the many opportunities I’ve had in various places in the world, to share these moments with the next generation of super athletes (as we like to call them at Complexions), including my hometown in Ottawa, Canada; at Headliners National Dance Championship competition; for dance academies & studios in the United States; as well as dance conventions like ArtSea Dance in the Bahamas.

Dance Mogul: In what ways are you giving back to the community?
Larissa Gerszke: In my childhood, I’d grown accustomed to performing in various competitions, in various styles of dance (my favorite being ballet), in many countries including Canada, the United States & even England. It was an amazing full circle moment to be on the Judges Panel for Headliners National Dance Championship as I finally had the opportunity to give back to the community that nurtured my creativity and expressionism for so many fundamental years. I find it important to have platforms like Headliners which brings together a large community of young aspiring artists to at once display their talents and see first hand the possibility that lay ahead of them. It was an honor to be a voice that offers the refinement, encouragement, and incentive that keeps these super athletes craving more from dance & art. 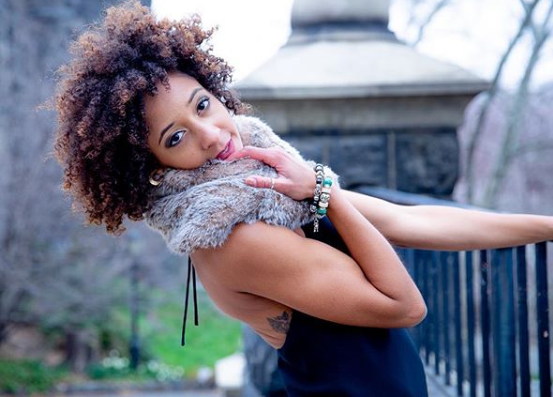 Dance Mogul: You’ve also had your hand in other creative expressions in the industry can you tell us about that?
Larissa Gerszke: Throughout my career, I have had the pleasure of being invited to participate in various events which expand my artistic reaches and enable me to attempt different creative pursuits. This past year alone I’ve had the marvelous opportunity to partake in the Albany Bahamas Resort’s extravagant New Year’s Eve event as one of a collection of featured soloist in the dance portion of the evening’s entertainment. This opportunity had been presented to me thanks to my dearest friend Courtney Celeste Spears, founder of ArtSea Dance. On another note, this past April I was featured in LXR & Co.’s grand unveiling of their vintage Cartier jewelry collection at Century 21, Lincoln Center. As a guest artist, I provided visual entertainment for the evening and modeled some of the beautiful pieces showcased at the event. On another occasion, I tiptoed down the catwalk modeling Mondo Morales “Trust Mondo” collection of dance-inspired evening wear in Fashion Week Brooklyn. His line of clothing was handmade and was displayed by a cast of not models, rather a cast of New York City-based dancers, as he paid tribute to the people who first yielded the beginnings of his creations.

Dance Mogul: Are there any sponsors you would like to thank?
Larissa Gerszke: I am proud to say that at this time I am a sponsored ambassador for two very dear companies to my personal vision. The first being Gaynor Minden products. It gives me great pride to stand behind this dancewear brand and aid in the refinement of dance related products so they empower the professional dancer and reflect the many hues of this generation of dancers. I think this is revolutionary, and that it deserves global recognition for its quality products. Lastly, I am also an ambassador for “JustStrong” a brand of women’s athletic lifestyle wear who’s aim is to showcase strong women and “empower them to acknowledge their strengths”. I don’t think women get enough credit for the amazing things they do and as a confident woman myself, I want to help other women realize their own sense of outstanding belonging in the world. While the refinement of my physical strength is at the core of my artistry, I believe that strength lay also in the acceptance that every woman has a very distinct gift that they offer the world, and that you must have the courage to pursue it.

I am also excited to be embarking on a new engagement with Clear Talent Agency in which I seek to once again broaden my artistic reaches and bring my individual art to yet another new platform.