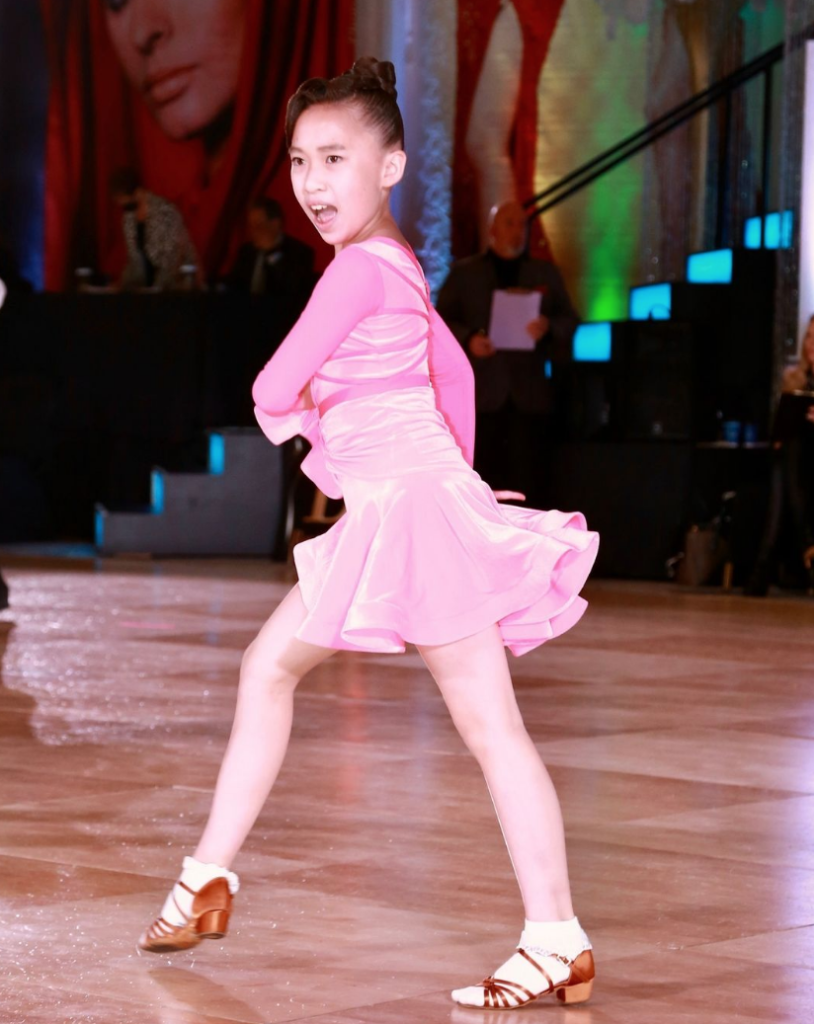 Before her breakout role on Squid Game, Reagan’s first love was dancing. At the young age of five, she began dedicating herself to daily practice. Reagan soon became a skilled ballroom performer, competing in championships across the country. At just ten years old, she is a solo champion, having won first, second, and third place in competitions for dances such as the Jive, the Samba, the ChaCha, and the Rumba. Reagan also enjoys doing Latin and Hip-Hop routines for fun. Reagan currently lends her voice to the doll in the English-dubbed Squid Game. The series has officially broken records, becoming Netflix’s biggest series launch by reaching more than 111 million viewers. Reagan’s role has become a viral phenomenon. SNL even did a recent skit featuring her character. Also to note, she voices the daughter of the main character. Reagan is no stranger to the small screen as she has multiple credits including skits on Jimmy Kimmel Live! as a lead alongside big stars such as Channing Tatum, Rami Malek, Lena Waithe, and Guillermo Rodriguez. Dance Mogul Magazine had the opportunity to catch up with Reagan on the Mogul Talk podcast. Check out what this young rising star is up to.