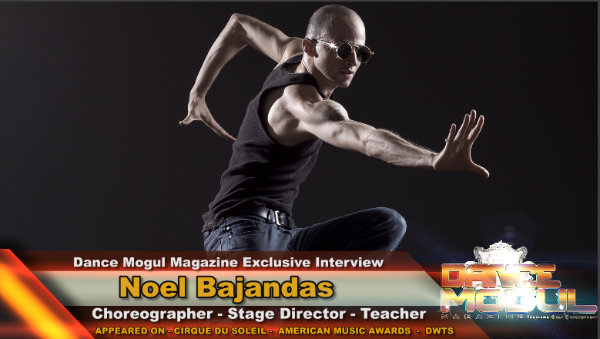 Noel Bajandas is the epitome of a “Master at his craft”. Born and raised in Union CIty, New Jersey, a majority latin based community, Noel learned how to dance from his mother, who showed him the love and art of latin music and dance. MTV being his favorite station growing up, Noel trained himself by imitating all of the dances in their music videos, award shows and concert specials, which in turn, helped develop his natural raw talent into true passion. After joining his first dance company in New York City at age 18, Noel realized that this was the path he was intended for, and since has had the opportunity to share his art with Artists like Adam Lambert, Miley Cyrus, Toni Braxton, and Daddy Yankee, to name a few. He ran away with the circus for a while when he toured worldwide with Cirque Du Soleil’s ‘Delirium’, the company’s first touring arena show, and worked on TV films “Camp Rock 2” and the ”Bring It On Series”. As a Choreographer, Noel has worked alongside Mia Michaels in shaping a few group productions on Season 5 of “So You Think You Can Dance”. He also worked on the” 2010 TV Land Award”s and “Dancing With The Stars”, and is currently working as Artistic Director and Choreographer for Billboard Dance Artist Consuelo Costin. Noel has also been part of The Waackers, a crew under the guidance of Kumari Suraj, since 2010 and has made a mark in the culture with his own signature style of sophistication and masculinity while keeping true to the art form. Noel teaches various styles of dance in Los Angeles at the International Dance Academy in Hollywood and is an original active faculty member of the Generation IV Dance Intensive.

Dance Mogul Magazine had the honor to catch up with Noel in hopes to inspire and empower, especially all the youth of NJ who love to dance, but never really get a chance to shine because of the big lights of NYC. If Noel can do it, you can do it to.

Devastating Tito / A Fearless Leader in our Culture