Dance Mogul: How did you land on Quincy Jones’ radar?

Sheléa: I met a man by the name of Rickey Minor, who has been the music director for so many great acts (Whitney Houston, Stevie Wonder, Aretha Franklin, etc). He was the musical director for the Tonight Show, he was a part of Whitney Houston’s famous Star-Spangled Banner, and so much more. When I met him, he was directing Stevie Wonder’s Christmas Show which I was a part of, and he was going to be doing a private event at Quincy Jones’ home and he just asked me to be a part of it.

Quincy and I just really connected, although he didn’t start managing me right away. I was actually the first vocalist to open his jazz club in Dubai (Q’s Bar & Lounge), and I ended up doing a residency there for two months and lived at the Palazzo Versace in Dubai where the club is located. After that, we continued to work together on other isolated projects, and he would bring me in on events and shows that he was a part of. Then, one day, he just looked at me and said, “Okay, we need to make this official” and we’ve been working together ever since!

Dance Mogul: Who are some of your inspirations?

Sheléa: Hmm, I think the first one would have to be my mom. You know, she’s like my superwoman! But, interestingly enough, she’s an amazing singer as well. So, I always say she was my first “American Idol,” but if you’re asking for musical inspiration, of course, Whitney Houston and Aretha Franklin were two really big artists that had so much to do with how I even approached singing and would deliver the truth of a song. When I think of that, I think about those women. 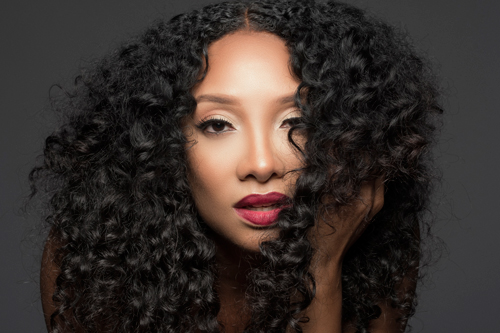 Dance Mogul: For the upcoming PBS special, you’re a part of you will be highlighting songs from Whitney Houston and Aretha Franklin, is there any pressure for you when it comes to honoring those legends?

Sheléa: There is! There is because, they’re so beloved, and their fans will come for you if you don’t do them justice! Actually, after Whitney passed, I did a tribute to her. It was just this very simple video of me at the keyboard and I kind of just went through all of her hits. I didn’t even do it thinking it would go somewhat viral. All of her dancers, background singers, musicians, family, her best friends, they all reached out to me and told me what a special tribute it was.

So many people were telling me how they were finally able to grieve hearing that. They shed their first tear. I think the one that meant the most to me was her daughter, Bobbi Kristina. She reached out to me and told me that when she heard me sing, she felt her mom’s spirit with her and if her mom was here, she would be so proud of me. Hearing that kind of feedback does feel good. I know I could never be who Whitney Houston or Aretha was, but I just try to do it with the love and admiration and respect that I have for them, and it is usually received as such.

Dance Mogul: Tells us about your album, the process and what could we expect?

Sheléa: So, I have a brand-new album coming out called, “Pretty World” and it is a tribute to Alan and Marilyn Bergman and they are like the most legendary songwriters. It’s almost like an American songbook kind of album. Stevie Wonder is on the album, Grammy-award winning saxophonist, Kirk Whalum, is on the album, Grammy-award winning group, Take 6, is on it, Greg Philliganes who was obviously the MD [Musical Director] for Michael Jackson, among many other things, he’s featured on it. It’s really just a love-letter album to the Bergman’s. I’ve loved their music since I was a girl. They are the cutest couple; they’re both in their 90’s, and love each other so much.

They are just these incredible songwriters that have written everything from “The Way We Were” for Barbara Streisand to “In the Heat of the Night” for Ray Charles, and even the theme song to “Good Times”. They cover almost all genres and have done the lyrics for all of these very, very signature songs. Go to their home and it’s just like Oscar’s, Golden Globes, and Grammy’s. The depth of their work is unbelievable.

They did a lot of stuff with Quincy Jones as well- “In the Heat of the Night” was one of the collaborations that they did, that’s not on the album, but they are very, very close friends. In fact, when I honored them at another event, The Los Angeles Jazz Society honored them, and Quincy was there to present them with the award. It’s crazy how it’s such a small world, but they are all cut from that brilliant cloth, and it is amazing to be a part of it. 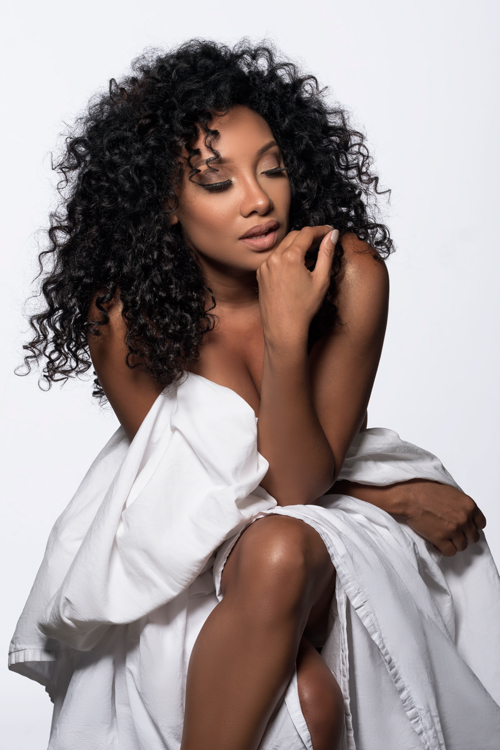 Dance Mogul: You have such full a year ahead of you with you also starring in a biopic, tell us about that and how you are balancing all of your talents tackling this busy schedule?

Sheléa: I’m still figuring that out! This biopic that I am a part of, I can’t really speak too much about it yet, but it is definitely a film that I will be singing live in. I’m very, very excited about that because this particular group that it’s on, they were amazing, amazing groundbreaking singers, and it’s such an amazing opportunity for me to bring this story to life. Music was a defining component of who they are. When it comes to balancing, literally right after they yell, “Cut!” the very next day, I’m touring with David Foster in Florida. I think it’s just about listening to my body. I know as things continue to develop, and even starting my own tour with my new album that is going to drop March 8th, I will have to make sure that I don’t burn the candle at both ends. I have to realize for me to be effective, I do need some breaks and time to reflect and recharge, to go back out there again. I think right now I’m just really listening to my body and I’m actually very much still in tune with that, and I’m just trying to make sure that when I’m feeling overwhelmed to take a break.

Dance Mogul: You’ve worked with some of top producers and musicians in the industry what motivates you to keep producing art and entertaining?

Sheléa: Just the love… pure love. I mean, I love what I do and I love it from every angle. When I first started in this industry, I was just writing and producing. I wrote and produced this song for Sony Pictures, the film, “Jumping the Broom” that actually did really well at the box office. I still see it on E! and BET even after all these years. So, I was very fulfilled just being a songwriter, a producer, and a musician. It was really my family and friends that said you know, “you need to be the artist as well and you need to be singing”. I love the process of singing. I love the process of creating. To me, there is nothing more magical and spiritual than creating something out of nothing. This idea that starts in my head, in my spirit and my heart, and then I write it out on paper, and then I go to the studio and I lay it down. Next thing you know, it’s printed on a movie or it’s made it on an album. Then, thousands of people around the world get to experience what literally just started in my head. Just that alone makes you want to keep doing it because it gives so much joy, not just in myself, but to others.

Dance Mogul: What advice do you have for young women looking to pursue their talents?

Sheléa: Stay true to who you are. That’s kind of a cliché thing to say, but I think that it is still important because when you know who you are and what you stand for, you can go to sleep at night. No matter what somebody tries to make you into, you can stand firm in that. I think particularly in this day and age where there have been times when women have felt that they didn’t have a voice; when you really know who you are, you can speak up for yourself. I think people will listen and know that they cannot persuade you to mold you into what they think you should be because you already know who you are.

Dance Mogul: What else can we expect from you in 2019, a tour? a residency?

Sheléa: Wow, so much, 2019 is going to be a busy, busy year! My PBS Special “Quincy Jones Presents: Sheléa” will start premiering on March 4th, my album will be coming out March 8th, I’m currently on tour with David Foster, and I’ll be going out on my own tour later this year and the biopic will be out later this year too!

Dance Mogul: Is there anyone you would like to thank for helping you on your journey thus far?

Sheléa: Oh my goodness! The Grammy acceptance speech! There’s so many! My family, who has been so supportive since day one. Of course, Quincy Jones and everyone at Quincy Jones Productions for really pushing for me. My PR team, Anderson Group PR, which is why I’m talking to you! My label, Breath of Life Records, that has been down for me since day one. Honestly, I have to thank my group, the group that actually gave me my first break which is, Take 6. I met Stevie Wonder because he heard me on Take 6’s album and then, I met Ricky Minor because of Stevie Wonder, and then I met Quincy Jones because of Ricky Minor. It all goes back to Take 6 taking a chance and putting me on their album. It lead me to right now, being managed by Quincy Jones and my TV special that is going to air in March called, “Quincy Jones Presents: Sheléa”. That’s next month! That’s crazy, a couple of weeks, and it’s going to air nationally. Those are the people I’d like to thank. I’m sure I’m missing somebody, but you’d have to charge it to my head and not my heart.