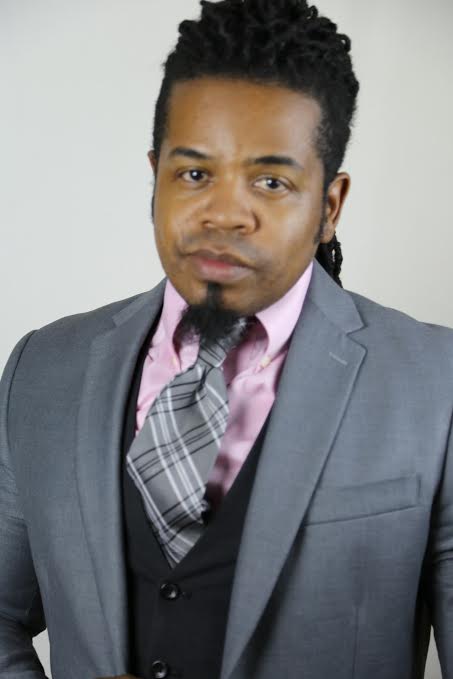 Dance Mogul Magazine believes you can find inspiration and empowerment any where, you just have to be open to give and receive it. We had the opportunity to catch up the multi-talented Stone Paxston to see how he is changing the world with his melodies and lyrics
Hit Producer, Singer and Songwriter & One of the Lead singers & Member of Troop reloaded Formed By Allen McNeil & Stone Paxton Stone Paxton has had a fast paced 2014 Producing the Hit song & Lead single “It Don’t Make sense” off of the Troop reloaded compilation album Stone will also be producing the new Troop reloaded album due to be releases in oct under Kes/salecto-hits starting off with the success his current single “Paradise” debuting at #20 on the U.K. Soul Charts. in 2013 Last year, in 2012, Stone also produced and co-wrote a Billboard Top 100 Hit in the U.S. & Top 20 in the U.K. called “Steppin’ ” by Prince protege and New Power Generation’s Marva King featuring Christopher Williams.
Stone is one of the most influential artists in the Indie grass roots soul scene…a winner of numerous awards that range from his artistry to his Writing & Producing skills such as the 2003 LA Music Awards-“Neo-Soul Artist of the Year”, 2005 LVMA-“Recording Artist of the Year”, 2007 Hollywood Fame Awards-“R&B/Soul Album of the Year,” 2009’s “B.M.A. Neo-Soul Performer of the Year” 2012’s Las Vegas’ Black Music Awards-“Lifetime Achievement Award” and 2013’s “Best Urban Soul Honoree”. He was dubbed “the Prince of Soul” as far away as London by RMC T.V.
Stone has been in the music industry since the age of 16, had his first record deal at 17, and was a member, lead vocalist, and writer for the R&B group in the 80’s T.R.E. T.R.E. was managed by the famous “Dick Scott Entertainment” company that also at the same time managed The New kids on the Block, Marky Mark, Doug.E.Fresh, Brenda K Starr, Tiffany, Rick West, Snap and many others. Stone has worked in the studio with the likes of E-40, Kurupt, Badazz, 702, Rome, Silk.E.Fyne & D-Shot to name a few. In 1997 he signed a staff writer/production deal with the platinum Grammy award winning production company Grand Jury Entertainment/Warner Bros. This deal allowed him to work closely with the music industry’s elite & produce remixes on Britney Spears, Brandy, Cee-Lo, Jordan Knight, Teddy Riley of BlackStreet, Janet Jackson, Ginger Spice, Bryan Adams, Mia & Debora Cox.
Stone has also worked in the studio on projects with artists and producers that have paved the way for the artists of today such as Grammy award-winning producer Jerry Marcellino who produced the song “Ben” for Micheal Jackson on his 1973 million selling album “Ben”. Stone was requested by Jerry Marcellino to produce a remix in 2002 for one of his girl groups called Fantasy. Respected amongst his peers in the industry, Stone is consistently being requested to produce, write, remix or mix new & upcoming projects. He has produced:
“Steppin” Marva King feat. Christopher Williams (currently being circulated on radio as of 2012) “Tribute to Tupac: Cremated by the Fire”, “Latin Ryders”, “Sirena”, “Bonafied”, “R&B Soul Vol. 1”, “The East meets West” -featuring tracks from Treach, E-40 ,CeeBo, Too Short, Jay-Z & Black Rob. Stone is not just another beat-maker…he is an Artist, Writer, Composer, Producer & Mixing Engineer with years of experience who will treat you to a unique listening session of his music & you will definitely watch yourself become a lifelong fan.

Dance Mogul: In what ways do you feel your work has contributed to the landscape of the music business today?
Stone Paxton: With music changing faster than it has ever changed, I feel as if there is not enough focus on melody & lyric which is the forefront of songwriting. I feel we are in a stage of lazy writers & arrangers. The contributions I bring to the table are the elements that have kept the history of great music and great songs alive. A simple approach starts with a great melody and lyric!!

Dance Mogul: Who have been some of your inspirations?
Stone Paxton: My Inspirations vary starting with Gospel to great R&B artists like Stevie Wonder, Michael Jackson, James Brown, The Rolling Stone, and Steely Dan.

Dance Mogul: How important is it to you that people dance and feel something when they hear your music?
Stone Paxton: For me, dancing is the conviction of rhythm. When people are convicted by the music they have no choice, but to dance but if you truly think about it, it’s more of a spiritual thing to me. Music vibrates at a high frequency, therefore, giving you a connection like no other. When I am performing I look at the audience and it gives me a supercharge to see people dancing to the rhythm I have created. There is nothing more inspiring.

Dance Mogul: How important are dancers and bands to an artist’s stage show and do you feel they should get more credit for their work?
Stone Paxton: Dancers are like air. Without it then we, of course, would not breathe. The band also adds to the dynamics of the stage production taking a lot of pressure off of the singers. It also adds a complete overall higher production value to the show giving the audience more to enjoy. I think there should be some sort of dancers union that could be formed by dancers to protect the rights of dancers and assure guaranteed placements on tours, videos, and television. Not by even having a mandatory audition, but having the power to move one dancer to another. Opportunities to rotate them from show to show via forming the dancers union could help in creating relationships within the music and film industry, therefore giving the dancers placement and work on the regular.

Dance Mogul: How do you continue to make music with the times forever changing?
Stone Paxton: I don’t listen to the radio. I just go with what feels right and stick with the old school ways of making music. You will never go wrong.

Dance Mogul: What is your advice for the youth that wants to pursue a career in the arts?
Stone Paxton: I would have to say this to anyone that is thinking of taking on music as a serious career, please learn music theory, writing, and arranging. Composing these things will only make you better as a composer, beatmaker, producer, or writer. These values will go far when you have to sit in a room and work with an artist on a record and there is only a piano in the room. And yes I said “Piano”. Because this is how a song is broken down. Some artists want that. If you were to work with Jennifer Hudson or Celine Dion they might want to start the song off with piano hearing the melody structure. So music theory is important. Add this to your plans if this is what you really want to do as a career and be consistent enough to survive the times.

Dance Mogul: Do you have any current projects coming out?
Stone Paxton: I have a reality show that will be coming out on the Charter broadcast cable network in December 2014 or early January 2015. I am in a new version of Platinum 80”s, 90”s, R&B Group called Troop which had hits like “All I do is think of you” and “Spread my wings”. The new version will be called Troop Reloaded and was formed by original troop member Allen McNeil and myself. I am producing the full album writing it along with Allen McNeil. The full album will be available in October in grooves/universal and Kes.

Dance Mogul: Is there anyone you would like to thank for helping you on your journey?
Stone Paxton: Yes, I would like to thank my aunt. (Laughter)If it were not for her putting me in a band I am sure I would not have been in this position. And also Peter’s work formally of Dick Scott entertainment former management of myself, the New Kids on the Block, Rick West perfect gentleman and many others in the 80”s. I would also like to thank my team Yolanda McIntosh, Ashley Latin, Rob Carter, & Michael Turner.

@IHEARTMEMPHIS #SNAPEMUP l Something from Nothing