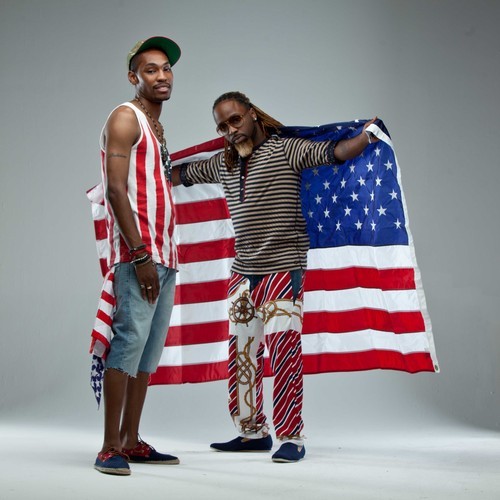 Dance Mogul: Before your record deal, how long were you guys pounding the pavement and what were some of the hardships you encountered?

Kaine: Before the record deal we encountered all different types of hardships. We had a lot of jobs. We were trying to survive as a two young black teens in the society when we first started. We were only 18 years old.  We became the Ying Yang Twins in 1998.For three years we promoted the Ying Yang Twins. We came out with the song ‘Whistle while you Twurk’. We started out as a group with DJ Smurf who is now known as Mr. Collipark. De – Roc and DJ kind of put it together and they brought me into it.  We went on DJ Smurf’s label and then they brought me into it and the rest is history.

De- Roc: Some of my hardships that I experienced were summed up in a simple word called patience. They used to say to me be patient everything is going to work out. “I got tired of hearing that because I wanted my success now. (De-Roc laughed)

Dance Mogul:  What is it about the south, that they understand supporting their local artist and businesses to the max?

Kaine: I think the thing about the South and the local artists is all about the artist having ambition and the will and drive to want to do it. Not for nothing. I think all that stuff plays apart by Dr King because he was a very influential person. I think the spirit of Dr Martin Luther King in Atlanta plays apart being that he was *from the fourth ward.He was the Mecca of the South and all you have to do is have the will power to just do it and not quit.

De- Roc:  Yeah, the south is different because we all get along but up north it is a totally different environment.  The south love each other, therefore we support one another.

Dance Mogul:  In what ways have you guys used your influence to uplift your community?

Kaine:: I think it is how The Ying Yang Twins are realistic that has always uplifted the community.  It doesnt matter where we go, whether it is in the ghetto or the suburban. We have been blessed enough not to have problems whereas a lot of other artists had problems. The Ying Yang Twins do not pin their noses down at anyone. Everyone is someone to us. What you see is what you get with the Ying Yang Twins and that is why I think people love us so much.

De- Roc: I would have to say the south again because we help one another.

Dance Mogul:  Society has many perceptions when it comes to success, how do you two define success as artist?

Kaine: I define success as an artist as simple as this, it is keeping it real with yourself and speaking from the heart. That is how I define success.   People are not perfect but some of this music motivates people beyond their wildest imaginations and dreams.

De- Roc: Success is over rated because once you get a taste of the American pie, you will find out that it is ugly and your life is no longer your own.

Dance Mogul:  What advice do you have for the next generation of artist?

Kaine: Whatever, challenges you have, you should always be true and honest to yourself. Never let anyone tell you that you can’t do something. All you have to do is try it and you will succeed.

De- Roc: Well, if you love it, keep doing it, because whatever you want will come to you if you are focused on it.

Dance Mogul: Are you currently working on any projects?

Kaine:  Yes, I will be launching my new school called E& E Learning in Lake City / Morrow, George. I want to give back to troubled kids and help them reach their goals in life. To let them know they have still got a shot at life.  I hope I can get others to support me with this great cause. The Ying Yang twins will be coming out with new music.  We are working with Diamond Producer Red Spyda .

De- Roc: Yes we are working on good music. 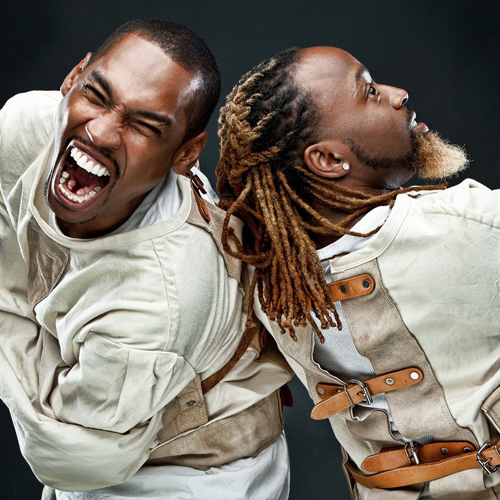 Dance Mogul:  Is there any one you would like to thank that have been instrumental to your success.

Kaine: I have to thank my brother De-Roc and Mr. Collipark for bringing the Ying Yang Twins to the forefront and our fans for making us who we are today. . Would also like to thank our publicist Yolanda Mc Intosh from MizMacMarketing LLC and our Manager David Malone

De- Roc: Well, I want to thank Kaine because we would not be where we are if it was not for him.