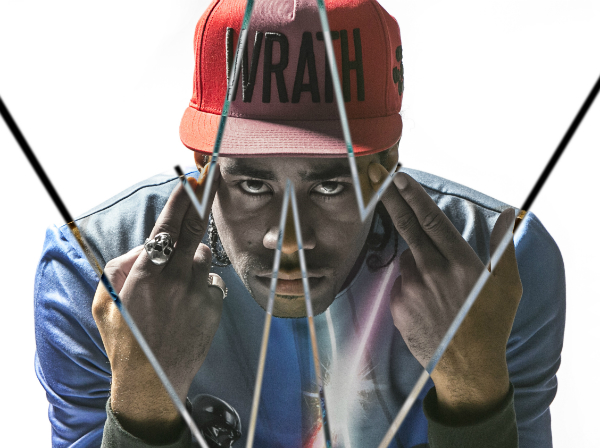 Dance Mogul Magazine always has it’s ear to the streets when it comes to whats new Hip – Hop and we are always looking for Hip – Hop artist with a purpose that are bringing something new to the table. Wordspit the ILLest were brought to our attention via a high energy stage show put on during the summer of 2013 in NYC. It was quoted in the crowd that it seemed like his lyrics where jumping off the stage. So we had to see what all the hype was about and we had the a chance to catch up with WordSpit himself for an interview. 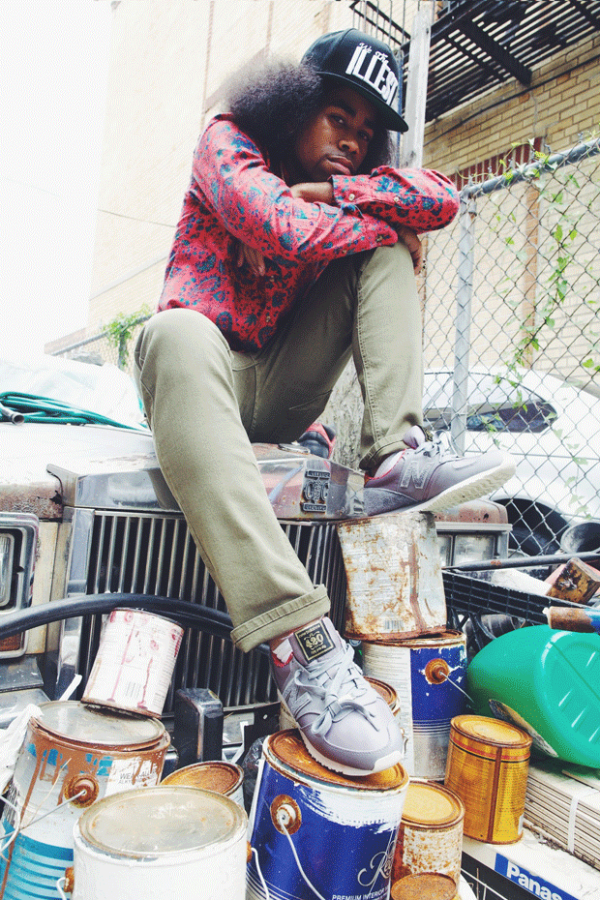 Dance Mogul: Who were some of your early hip – hop inspirations?

WordSpit: I listen to a variety of music that has influenced me from Pink Floyd to Nirvana to Wu Tang. If we had to stick to hip hop I would say, LL cool J, Gza, Rakim, Canibus, Nas, Jayz and even Mc hammer. I remember sneaking to listen to “Moma Said Knock You Out” by LL Cool J because my Grand Mother didn’t let us listen to hiphop. The first rap record I ever taped off the radio to cassette was GZA ” Liquid Sword”. I learned every word and would spit it to the older kids. Mc Hammer was just amazing to me. He had a stage show that was undeniable . I think everyone owes Mc Hammer for the progression of business in hiphop culture he really innovated a lot of things when it came to branding. Of course, Jayz , Nas, and Canibus are just so lyrically tight. So many to choose from.

Dance Mogul: When did you know you could spit?

WordSpit: I’ve know I could rap since about 5 years old. I use to go to my other fathers studio and rap all night. I know he wasted so much money on me because everything was analog.

Dance Mogul: What messages do you want to get across to today’s youth about hip – hop?

WordSpit: I want to let them know nothing comes easy. Everything is worked for. This is hip – hop don’t let any one tell you what you can and can’t do. Be creative as possible and make your own lane. So many people will doubt you and hate you before they love you so just stay consistent because success can happen over night or it can take years.

Dance Mogul: Today’s hip – hop is very trendy, how do you go about being different while still being appealing?

WordSpit: I like to keep me ear to the ground to know what’s new, but I tend to do my own thing. I pull from the culture for inspiration but I also know my boundaries. I don’t like hype beast stuff. I see people switch their whole style over night just because they feel the newest trend is popping, I’m not with that. I notice the leaders know how to stay relevant but also separate themselves. Since I rap and make good music I feel like I’m in my own lane passing the baton to myself.

Dance Mogul: How important is a great stage show for an artist?

WordSpit: It’s Extremely Important to be able to rock a crowd. I’m phenomenal on stage. You can put me in front of any crowd in the world and I’m a rock out. I’m at home when I’m on stage. This is where I connect and get intimate with my fans and the people who support me. Sometimes I let my emotions run rapid. It’s times I have literally cried on stage because that’s how I felt at the moment. I think 80 percent of rappers should step their stage show up. Just because people know your song doesn’t make your stage show dope. Performing is an art just like rapping and writing songs you must master it.

Dance Mogul: Tell us about the different routes as artist as far as being and independent or being on a major label?

WordSpit: Well, at this point you don’t need a major because there are a lot of different outlets you can go through, but with the blogs becoming as worse as the radio you have to make sure your songs and videos stand out. I’ve been on major commercials and that’s off the strength of my own work. I’ve licensed music to nickelodeon, yea, nickelodeon. When you’re indie you have to make opportunities happen out of thin air.

I feel like things are or can be a little easier when you have a major, but you can also lose creative control depending on your deal. The major execs won’t be so quick to put the house up on something they don’t believe in and will easily give your budget to something that looks more fruitful. Still, these big labels have pull with TV and radio and even blogs. Indie will take longer and pay out more if you hit. a major may get you there fast but you can look like a star and be broke depending on your deal. I would just be wise with my choose.

Dance Mogul: Is there anyone you would like to thank for helping you thus far?

WordSpit: I like to thank everyone who has helped me this far. Tystarr, Max sphinx, Dirty Souf Yankee, Jazzi, my band The ILLest and so many more. I’m still working and will continue to work hard; thanks for believing in me.