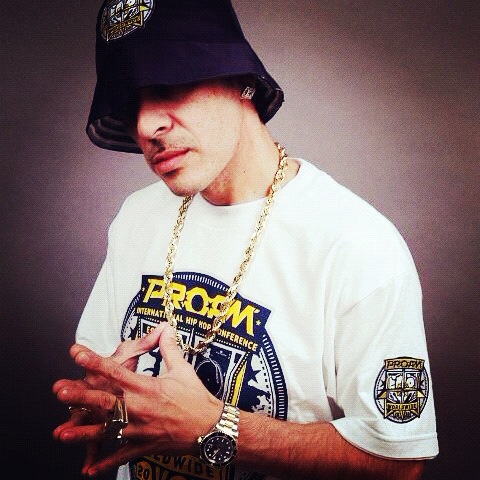 Dance Mogul Magazine is honored to present Steve” Zulu Gremlin” Roybal, a great example of positivity in Hip – Hop and success in street dance culture. He gives us some insight to his accomplishments and what it takes to be successful. There are many paths to success in dance and we hope the next generation can pull from Mr.Roybal to help them on their journey. 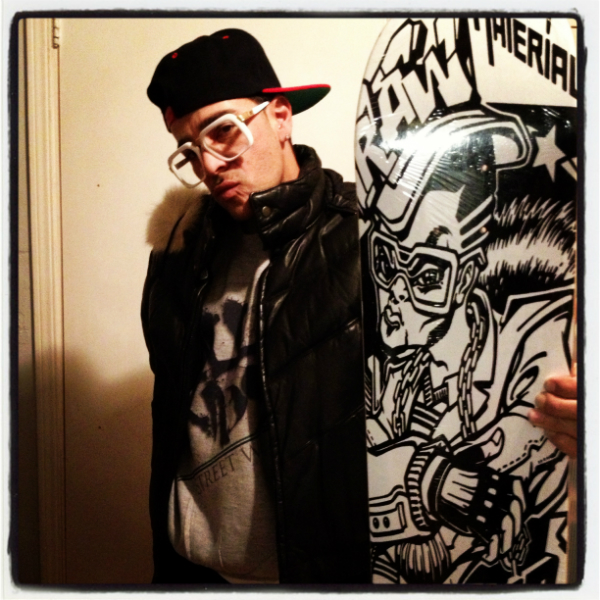 Steven Roybal, born in Los Angeles in 1970, is the son of a musician who has toured the United States with his father since birth. He began producing at the age of 13 as part of Denver’s Inner City Youth Production in 1983. Steve learned at an early age how to work with large groups of people and handle budgets by producing concerts with artists such as Afrika Bambaataa, Grandmaster Flash, and Earth, Wind, & Fire; special events such as “The Beat Street Tour”; and competitions for all the elements of the Hip Hop culture. Throughout the 90s, aside from producing events and music, Steve worked as a street promoter for major record labels: RCA, Tommy Boy, Island, Polygram, and Warner Elektra Atlantic. In 1991, Steve signed as an artist to Virgin Records.  He also choreographed pop artists like Timmy T, Mellow Man Ace, and Kid Frost. He was part of the first Hip Hop Broadway Show entitled “Jam On The Groove” presented by Giorgio Armani, which toured not only the United States but internationally as well. In 1997 Steve created the infamous B-Boy Masters Pro-Am Urban Conference and has gone on not only to produce the Pro-Am World Tours, but he has also been contracted to produce conferences and events for other large companies. Steve has produced artists on major labels and has teamed up with the likes of McDonald’s, Lipton, Red Bull, Universal Records, Rocawear, Pepsi, Sony, Def Jam, EA Sports, Verizon Wireless, MTV, BET, and many other companies to bring the US urban market abroad. He has become the “go-to” man for labels and marketing firms trying to brand themselves with the urban market. Steve has been active in the Hip Hop community since the early Eighties.  In 1984 he began teaching Hip Hop dance (at the age of 14) to college students at the University of Southern Colorado, while also giving private breakdancing lessons at the same time.  His students also included the children of the Congresswoman at the time, Patricia Schroeder.  Since he began teaching dance, his students have ranged in age from three years old to over fifty years old. Steve has contributed pieces currently shown in the Smithsonian Institute’s American Cultural Arts Building.  Other articles of Steve’s personal archive – his sneakers, specifically – are currently on exhibit at the Rock and Roll Hall of Fame.  He also performed in the first celebration and induction of the Hip Hop culture into the Rock and Roll Hall of Fame in 1999. 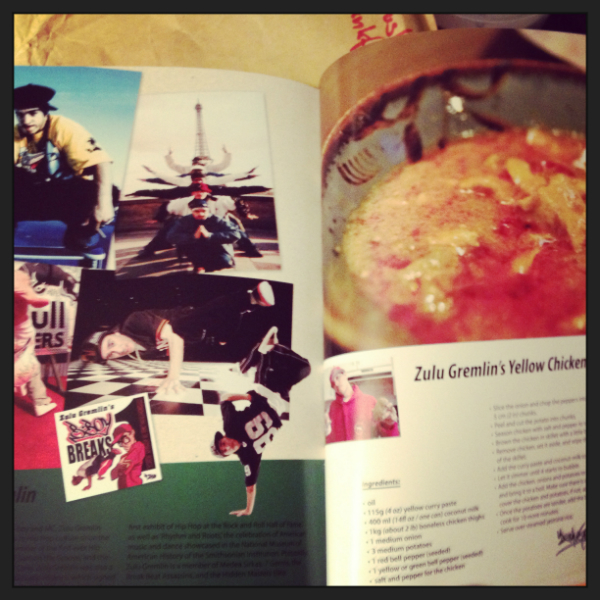 In 2006, Steve became the Creative Director for Red Bull Beat Riders program and in 2008 became the Director of The International Dance Academy, Hollywood and The Hollywood Pop Academy located in the world-famous Kodak Center. In 2009 Steve became the Battle Coordinator for Hip-Hop Internationals “World Battle” and is now on the international panel of judges for Hip-Hop International World Championships. Some of Steve’s noteworthy nationwide televised performances include “The Damon Wayans Show” and ABC’s “Dancing With The Stars.”  Steve participated and was featured in theatrical feature releases “Step Up 2” and the “Freshest Kids,” and choreographed a scene for “Step Up 3D” released in 2010. Most recently Steve choreographed and performed in pop sensation Justin Bieber’s music video, “Somebody to Love”, Rhianna’s “Breakin Dishes” live show for tours and Tommy Boy 30th Anniversary show at the 45th Annual Montreux Jazz Festival in Switzerland. 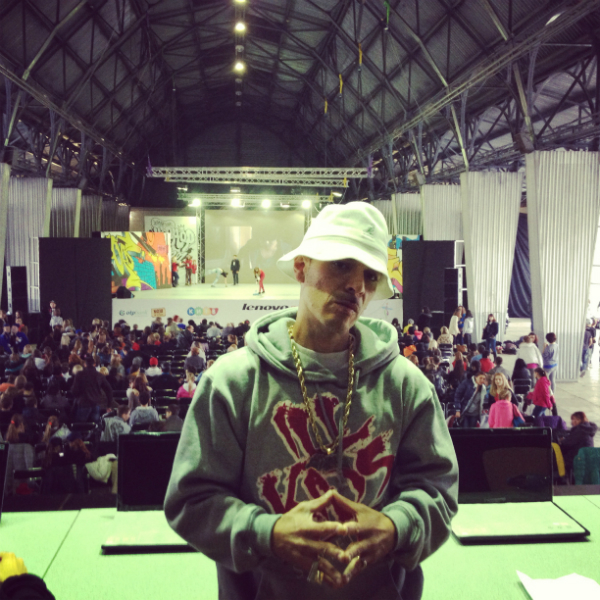 Dance Mogul: At what age did you develop a passion for the arts?
Zulu Gremlin: Born the son of a drummer and an artist, so I started dancing very young. Roboting at 10 years old.

Dance Mogul: Were your parents supportive of your passion for dance?
Zulu Gremlin: My parents managed my Breakin crew and my dad’s band gave us gigs.

Dance Mogul: When did you know that you could become a professional?
Zulu Gremlin: I knew at 12 when I started teaching at YWCA.

Dance Mogul: How did you develop your work ethic?
Zulu Gremlin: My father passed his rehearsal ethics to us and our passion to learn did the rest.

Dance Mogul: You have had numerous opportunities and accomplishments, what have been some of your most memorable?
Zulu Gremlin: Dancing with the cast of Fame 1984, Winning sweepstakes/1st place at Showstopper National Talent Competition 1985 in both Streetdance choreography and overall performance. Lettering in Gymnastics at El Rancho High 1987, Placing 4th in ACF/CIF on Pommel Horse in Gymnastics for California high school 1988, Landing a record deal on Virgin Records entitled Latin Alliance.1991 The 1st induction of Hip Hop Culture at Rock N Roll Hall of Fame 1999, Induction to American Cultural building at Smithsonian Institute for work with Ghettoriginals.1993 Zulu King Award, 1999 Lifetime achievement award at Mighty 4, Creating the infamous B-Boy Masters Pro-Am international conference 1997. Being chosen as an Ambassador to the USA at Hip Hop International in Mexico, Ukraine, Peru, And Head Judge of The US Championships. Creative director for Red Bull Beat Riders, King of the Ring, BC One US, World Battle. To name a few.

Dance Mogul: Why is it important to give back to the dance community while still achieving success?
Zulu Gremlin: It’s important to me because I know many people, I have children, and I am passionate about Hip Hop and I was taught to care and share.

Dance Mogul: What advice would you have for the younger generation of dancers that want to become professionals?
Zulu Gremlin: Professionalism is acquired and it takes practice, training, rehearsal, and limited knowledge of the industry. Invest in yourself and it pays off.

Dance Mogul: How do you get the younger generation to understand that the discipline in dance is the same discipline that needs to be executed in an educational setting?
Zulu Gremlin: It’s not for everyone. Dance is a physical celebration of life. Dance is for everyone, but being a professional dancer is not. It’s for those who dedicate their time to become well mixed with aligning yourself with the industry. Many dancers think they will be a star if they come to Hollywood and are often disappointed with results.

Dance Mogul: How important is it that dancers try to leave legacies instead of bits and pieces of momentary satisfaction?
Zulu Gremlin: My perspective of this is different. I think that true dancers learn for themselves and then apply their skills to the industry though there are many professional students just trying to get gigs. There will always be a co-existence and sometimes the less worthy land the jobs. The audition lifestyle is not easy for dancers.

Dance Mogul: What are you currently doing now to elevate the craft?
Zulu Gremlin: What I am doing now is- teaching, coaching, training, judging, and lecturing worldwide with a couple of programs I offer including Hip Hop 360. Also, I’m Head Judge for Hip-Hop International world championships, Marketing Director for Ill Kids Streetwear, Wayne Brady’s assistant at let’s Make A Deal, teaching and producing my children, working on 2 TV shows, 1 documentary, a couple of short films, and records for several artists.

Dance Mogul: Do you feel a publication like Dance Mogul is needed to connect the Professionals with the next generation to help guide them to their goals and aspirations?
Zulu Gremlin: I think it’s great that you guys can help spread the word and re-educate the youth.

Dance Mogul: Is there anyone you would like to thank for helping you on your journey?
Zulu Gremlin: I would like to thank Maurice Williams, Vince Colon, Seymour, Devious Doze, Ken Swift, Crazy Legs, Tony G, Mr. Wiggles, The Lockers, Medea Sirkas, Electric Boogaloos, K-Mel, QD3, Mandie Adell, Wayne Brady, my mom n dad, and my wife n kids Bernadette, Sophia, Stevie, and Isabel.

For more on Zulu Gremlin Check out: