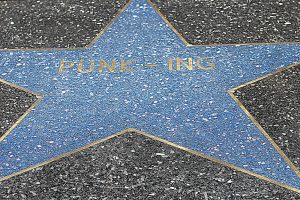 Everywhere you turn, this dance has been sweeping the world by storm , capturing the attention of a massive worldwide audiences as one of the hottest dances to be discovered and introduced to a new generation. Around the world and across the nation , slowly, Waacking! Waackin! Whacking! , is being propelled into the spotlight into established dance studios, events/contest in urban dance culture both nationally and internationally , been featured in modern day media, such as TV’s ABDC, SYTYCD, numerous music videos, live concerts and stage, re-establishing itself as a movement that refuses to be ignored

As the fascination and scrutiny continues to increase for this style of many spellings, the elusive early roots of this movement from LA’s Gay underground dance scene, has been increasingly brought to the surface to reveal the origin and heart of what it has evolved into today. But, In order to understand , what this art form has become now and will for the future, we must take a moment to revisit the past to understand its relevance…

THE ARMS OF YESTERDAY AS YOU SEE TODAY